Movies That Move Us

POZ readers listed HIV/AIDS-themed films that have strongly affected them.

Recognize the films pictured above? Chances are you do. In a recent Facebook post, POZ readers listed these titles as HIV/AIDS-themed movies that strongly affected them. The conversation was spurred by the fact that 25 years ago, Tom Hanks won an Oscar for playing a lawyer with AIDS in Philadelphia, widely considered the first mainstream movie to address the epidemic. One wonders what would be listed 25 years from now—perhaps more recent and diverse offerings, such as Bohemian Rhapsody, BPM, Quiet Heroes, Memories of a Penitent Heart and 1985. The Philadelphia anniversary inspired POZ blogger Bob Leahy to recount his recollections of that film. The post is excerpted below:

How Philadelphia Changed My Life

I went to see the movie Philadelphia in early 1994. It changed my life. I was diagnosed with HIV in September 1993. It was numbing rather than horrific. I was working in the senior ranks of one of Canada’s banking giants, and—like lawyer Andrew Beckett, who was played in the movie by Tom Hanks—I did not want my employer to know. Like Andrew Beckett, I tried to muddle through. Like Andrew Beckett, my health got the better of me and I had to somehow exit from the workforce. Like Andrew Beckett, I saw injustice all around me—and I became an activist. No longer content with keeping quiet about my illness, I told friends, neighbors and colleagues that I was HIV positive. It was a giant step for me.

I knew my diagnosis represented a death sentence, yet I was hesitant to try to figure out what to do. How the rest of my life would play out seemed entirely unfathomable. Confiding in my banking circle seemed out of the question, but how then to continue to handle a heavy and stressful workload when I knew I was dying? It seemed a problem with no solution—until I saw Philadelphia. Sure, I could hardly see the screen through the tears—everyone with a heart cries at Philadelphia. But I left with a plan and a newfound sense of bravery.

Andrew Beckett had inspired me like no movie character before or since. 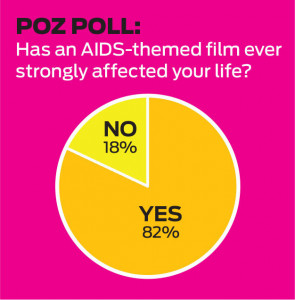