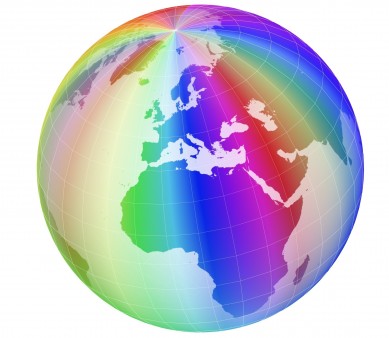 Next month, the United Nations is holding a high-level meeting on ending the global AIDS epidemic. But a group of 51 Muslim states has blocked 11 gay and transgender groups from attending, reports Reuters. A U.S. ambassador and other Western leaders are protesting the ban.

“Given that transgender people are 49 times more likely to be living with HIV than the general population, their exclusion from the high-level meeting will only impede global progress in combating the HIV/AIDS pandemic,” wrote Samantha Power, U.S. ambassador to the United Nations, in a letter to General Assembly President Mogens Lykketoft.

The groups excluded from the meeting are nongovernmental organizations (NGOs). Egypt wrote a letter on behalf of 51 members of the Organization of Islamic Cooperation, objecting to the participation of 11 groups. The letter did not give any reasons, but Power notes that the groups appear to focus on gay and transgender advocacy.

“We are deeply concerned that at every negotiation on a new General Assembly gathering, the matter of NGO participation is questioned and scrutinized,” Power wrote.

“The movement to block the participation of NGOs on spurious or hidden grounds is becoming epidemic and severely damages the credibility of the U.N.,” she said.

ABC reports that the U.S. group banned from the conference is Global Action for Trans Equality.

LGBT issues have remained contentious within the United Nations; they’ve faced opposition from Russia and China as well as African, Muslim and Arab states.