We Must Show Our Pride This HIV Testing Day

A founding member of the Congressional HIV/AIDS Caucus and the president of AIDS United encourage everyone to know their status.

Today, the Centers for Disease Control and Prevention (CDC) and the larger public health community mark National HIV Testing Day (NHTD), which is marked every year on June 27. It’s an opportunity to highlight the continued toll this epidemic has on our country, the need to talk openly about the stigma surrounding the disease, and the importance of knowing your risk factors and getting screened regularly. This is especially important for communities of color and those in the South, who bear the brunt of the domestic HIV epidemic. And current data suggests this disparity is only growing.

The most recent surveillance data released by the CDC show that, while infection rates are decreasing overall, they are increasing among young Black and Latino gay and bisexual men. It is believed that infection rates are also increasing among transgender women, though complete national data on this community does not exist. We must utilize NHTD as an opportunity to highlight the persistent, disproportionate and growing impact of the epidemic on gay, bisexual and transgender populations.

While anyone can acquire HIV, it is irrefutable that the disease strongly impacts gay and bisexual men and transgender individuals more than it does other communities. From the beginning of the epidemic, prevailing public misperceptions about the routes, risks and consequences of HIV transmission have reflected homophobia, transphobia and the stigma associated with drug use, resulting in wildly inaccurate risk assessments that have remained largely unaddressed today. In turn, stigma and fear have fueled mistreatment of people living with HIV and left those at greatest risk of infection without the information they need to protect themselves.

Perhaps it’s appropriate that National HIV Testing Day falls during Pride Month. Our nation doesn’t take sufficient pride in its gay, lesbian, bisexual, transgender and queer brothers, sisters, and all non-binary designations in between. LGBTQ equality has gained momentum, but it remains unevenly distributed and incomplete. Even where it exists, legal equality has not yet translated into lived equality for LGBTQ people, especially poor people and people of color.

Our nation continues to discriminate, criminalize and marginalize members of the LGBTQ community, especially LGBTQ people of color, and then stigmatizes them for their high rates of HIV infection. But racism, homophobia and HIV stigma are the very underlying issues that perpetuate the epidemic in this community. It’s time we do more to demonstrate our pride in this community, and stand with them as they demand adequate resources to meet their unique needs. Congress can do this by sufficiently funding federal HIV prevention, care and treatment programs, and by passing employment and housing protections, which still do not exist on the federal level for LGBTQ individuals. It can pass the REPEAL Act, to address stigmatizing and outdated HIV-specific criminal statutes.

This National HIV Testing Day, we encourage everyone to get tested, know your status, and take steps to protect your health, regardless of what that status is. For those who are negative, this may mean considering pre-exposure prophylaxis (PrEP) to stay that way. For those who are positive, this means early initiation of treatment and achieving viral suppression. Undetectable equals untransmittable, after all. People who adhere to their daily HIV regimen as prescribed and achieve and maintain an undetectable viral load have effectively no risk of sexually transmitting the virus to an HIV-negative partner.

We also hope you’ll go farther than just learning your status, and consider how you can support our LGBTQ neighbors and family members, colleagues and friends. You can help combat the stigma facing them and anyone with HIV. Show your support and state your support out loud. And be proud to do so. These are your friends, your family, your colleagues. They need to hear this. Full equality can never be attained without health equity. And by that measure, we have a long way to go. 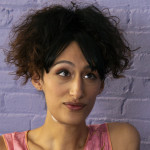