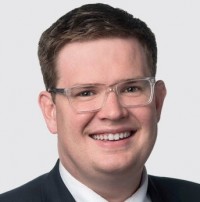 In 2011, the Asheville native was elected to the Chapel Hill Town Council, where for four years he advocated for issues related to social justice and economic development. In 2016, he led a successful campaign for premium assistance through the state’s AIDS Drug Assistance Program (ADAP), which extends health insurance to thousands of uninsured low-income people living with HIV.

Although he is HIV negative, Storrow is committed to the fight against the virus. The 28-year-old believes strongly that youth leadership is an important part of that equation. Here, he shares his advice for all advocates seeking to make a difference.

Why is youth leadership in the fight against HIV/AIDS important?

When we look at where new HIV transmissions are occurring, especially in the South, we see increasing rates among some of our youngest community members. The movement needs to embrace young leaders out of necessity.

If we are going to design effective policies, programs or campaigns, we should speak to the communities where it’s most valuable that we be doing the work. Young people need to be at the table informing those conversations and decisions.

That said, the HIV community has many long-term leaders, and some of them have been doing this work since the start of the epidemic. It’s important that young leaders build authentic relationships with our longtime community members.

When I first came into the HIV movement, I helped to build those kinds of partnerships. However, it was certainly a two-way street. The responsibility for cultivating those intergenerational partnerships was mutually shared.

I feel so blessed to have worked with so many people in our state. However, two HIV movement leaders come to mind in particular: Allison Rice and Carolyn McAllaster, both at Duke Law.

I consider them mentors, but I didn’t start the conversation with them by saying they were going to mentor me. As we worked together, we built a rapport. I don’t think I would’ve had as much success without their guidance and wisdom.

Sometimes, when you’ve done the work for so long and you feel passionate about it, you have such ownership over it and an energy about wanting to have an impact that it can be tough to include young leaders.

Especially so if you perceive a young person not to have the context and the information needed to make informed decisions so that you can actually relinquish some of your power. It has got to be a dynamic where we can have open conversations about that reality.

In any community, ego is going to play a small role in our leadership. It is human nature to want to be recognized for your work. The irony is that when you relinquish a little bit of that ego, you’re probably going to get more long-term opportunities and positive outcomes for everyone in the community.

How have your previous experiences helped you in your current role?

Working to address tobacco use and obesity, as well as sexual and reproductive rights for women, in addition to serving as an elected official, were all formative opportunities. They gave me the skill sets to be competitive when I applied for the NCAAN executive director position and to succeed in this role.

In a conservative state such as North Carolina, to address any public health issue takes strategy and intentionality, but certainly my experiences advocating for stigmatized topics has been useful.

In particular, especially in North Carolina, as advocacy around access to pre-exposure prophylaxis (PrEP) increases, it’s been helpful for me to disclose in a conversation with a policy maker or a community member who isn’t as knowledgeable about PrEP the fact that I am HIV negative and have chosen to go on PrEP to prevent acquiring the virus.

I also feel a lot of responsibility as an HIV-negative leader to ensure that I’m building authentic partnerships with people who are living with HIV. Elevating the voices of people living with HIV has a profound affect on our work. 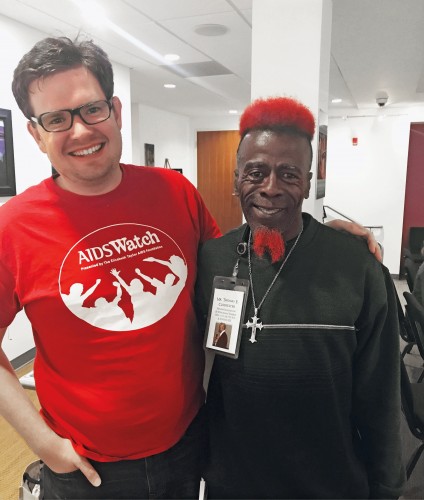 How have the new realities of PrEP and treatment as prevention (TasP) affected your advocacy work?

I’ve been in this job for nearly four years. PrEP and TasP were a part of our advocacy conversations three years ago but nothing like they are today. Even so, for most people, both PrEP and TasP are still relatively new prevention tools.

Once you have the information about PrEP and TasP—that medication can prevent HIV transmission, that when HIV is undetectable then it is untransmittable—you can start to see a world where the HIV epidemic really ends.

When I worked in tobacco control we talked about imagining a world without deaths from tobacco-related illnesses, but it didn’t feel like that could happen in our lifetime. The opposition from business interests and political forces made it feel like a pipe dream.

There’s just something dynamic and exciting about being in a public health field like HIV/AIDS that imagines that we can fundamentally change the world in the next two decades.

I recently met with two Republican members of our North Carolina General Assembly to give them an update on HIV treatment and prevention in our state. I gave them a quick overview about viral suppression. I frequently do that when I meet with policy makers. The benefits of viral suppression were new to them. You could see them recalibrating their thinking about people living with HIV.

Please describe some of your recent and upcoming advocacy priorities.

As the statewide organization in North Carolina specifically focused on advocating for folks living with HIV and preventing new HIV transmissions and other sexually transmitted infections, NCAAN was proud of our 2016 victory securing premium assistance for our ADAP clients.

We were one of the last states to adopt premium assistance because some of the mechanics in our state law required a legislative vote, whereas many states were able to do it through administrative efforts or through their health and human service departments.

Less than seven years ago, we had the longest ADAP waiting list in the country, with some of the strictest eligibility standards. Because of our advocacy, we no longer have a waiting list, we fully cover anyone at 300 percent of the poverty level or less and we have a strong set of formulated medications covered.

Our latest advocacy efforts are focusing on modernizing our HIV criminal law. The new state law, which takes into account PrEP and treatment as prevention in terms of when criminal charges might be brought against someone living with HIV for sexual activity, went into effect on January 1, 2018.

At the start of 2017, NCAAN helped convene an effort with the Duke Health Justice Clinic and the Department of Health and Human Services to analyze our state HIV criminal law. We worked with a task force of people living with HIV to make recommendations.

The North Carolina Commission for Public Health put forward a draft for comment. We did a great deal of organizing to generate comments in support of changing the law. The administrative change was approved at the end of 2017.

We’re really excited about these changes. People living with HIV in North Carolina led this effort. 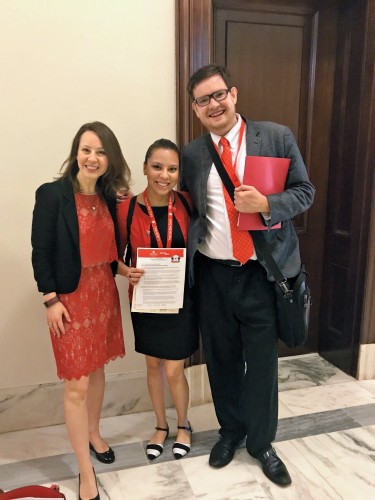