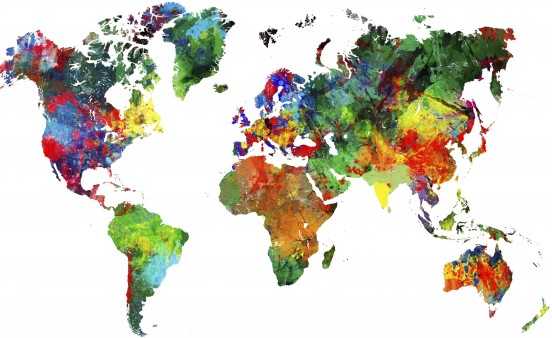 Health care activists were not joking around when they planned a series of April 1 demonstrations on five continents under the banner “Pharma Greed Kills.” The day of action was designed to speak out against the high cost of medication and a system that puts “profits before patients.”

AIDS advocates led the way but were joined by others, including protesters demanding lower costs for breast cancer treatment.

In London, ACT UP members stripped down in the lobby of Gilead Sciences, the maker of Truvada, which is approved in the United State as an HIV pre-exposure prophylaxis, or PrEP. England’s National Health Service recently decided not to make Truvada as PrEP widely available, a move many advocates blame on the cost of the medication. As The Guardian reports, some of the naked protesters had the letters G-R-E-E-D painted on their bodies to protest the policy.

In Washington, D.C., Health Gap members called on the government to stop the Trans-Pacific Partnership (TPP), a trade agreement between 12 Pacific Rim countries that advocates claim jeopardizes the availability of generic meds in developing countries.

For more about the TPP, read the POZ opinion piece “Death by Patent.”

Below are tweets from various April 1 actions. For more, search #PharmaGreedKills on social media.