Monthly injections of extended-release naltrexone is linked to viral suppression among this population.

People who are incarcerated, living with HIV and have a substance use disorder are more likely to be virally suppressed six months after leaving prison or jail if they are given monthly injections of long-acting naltrexone.

Extended-release naltrexone is approved by the Food and Drug Administration (FDA) to treat opioid use disorder (OUD) and alcohol use disorder (AUD).

Sandra Springer, MD, an associate professor at the Yale School of Medicine, presented findings from a pair of double-blind placebo-controlled studies of HIV-positive individuals emerging from incarceration at the 2018 Conference on Retroviruses and Opportunistic Infections (CROI) in Boston. 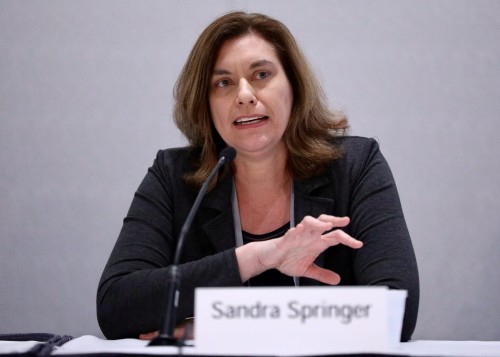 Springer noted that the number one cause of death among individuals re-entering the community after incarceration is relapse of opiate addiction.

“We know without a doubt, it doesn’t matter how long you’ve been incarcerated, how long you’ve gone for forced abstinence, relapse occurs quickly,” Springer said. Speaking of individuals living with HIV in particular, she continued, “If you can help them stay sober, they are more likely to take their antiretroviral therapy and keep their viral load suppressed.”

The INSPIRE study included 100 people with AUD leaving incarceration for the New Haven or Hartford, Connecticut, areas. The NEW HOPE study included 93 people with OUD leaving incarceration for the Waterbury, Connecticut, or Springfield, Massachusetts, areas. The participants in both studies were randomized two-to-one to receive six monthly injections of extended-release naltrexone or placebo injections beginning one week before their release from prison or jail and continuing for six months following their release.

In the INSPIRE study, six months post-release, 56.7 percent of those who received naltrexone and 30.3 percent of those who received the placebo had a fully suppressed viral load. After controlling the data for other factors, the researchers found that receiving naltrexone independently predicted viral suppression and compared with receiving the placebo was associated with a 4.54-fold increased likelihood of having an undetectable viral load six months post-release.

In the NEW HOPE study, a respective 60.6 and 40.7 percent of those who received naltrexone and the placebo were virally suppressed six months post-release.

After adjusting the data, the researchers found that the only factor that independently predicted viral suppression among the NEW HOPE participants was receiving naltrexone. Receiving the drug as opposed to the placebo was associated with a 2.9-fold greater likelihood of viral suppression at that point.

The participants did not experience any serious adverse health events in either study.

The researchers concluded that extended-release naltrexone could improve the viral suppression rate among incarcerated HIV-positive individuals with OUD or AUD who are transitioning into the community. This, they noted, benefits the individual as well as the public at large.

Springer stressed that treatment guidelines should likely be revised to add extended-release naltrexone as well as other approved medication for opiate and alcohol abuse treatment as recommended treatments for individuals with substance use disorders who are departing incarceration.