Naltrexone Helps Heavy Drinkers With HIV to Cut Back

A recent study provided extended-release naltrexone along with counseling to HIV-positive individuals.

Heavy drinkers who have HIV can benefit from extended-release naltrexone just as people without the virus can. In a recent study, the drug, along with counseling, reduced heavy drinking in a group of people with HIV.

“While we know that patients with heavy alcohol use are less likely to take their medications for HIV, there is a paucity of interventions that target alcohol use to improve how patients take their medications,” Jennifer Edelman, MD, the first author of the study and an associate professor at the Yale School of Medicine, said in a press release. “Extended-release naltrexone is a medication that is safe and effective for patients living with HIV that can be delivered in HIV treatment settings that could potentially help this problem.”

Publishing their findings in AIDS and Behavior, Edelman and her colleagues conducted a four-site randomized double-blind placebo controlled clinical trial including 51 people with HIV who drank heavily and who adhered to their antiretrovirals at a rate below 95 percent. All participants received counseling.

Among 23 people who received at least five injections of naltrexone or the placebo, which were given every four weeks, 22 were still in the study after 24 weeks.

Naltrexone treatment did not affect the participants’ adherence to their HIV treatment, the proportion with an undetectable viral load, their CD4 count or their VACS Index score, an estimate of the risk of death for people with HIV.

The treatment was, however, associated with fewer heavy drinking days among the participants.

“We hope that these results will stimulate further research focused on enhancing the coupling of alcohol interventions with antiretroviral medication adherence interventions to improve both alcohol use and HIV-related outcomes,” Lynn Fiellin, MD, the study’s senior author and an associate professor at the Yale School of Medicine, said in the same press release. 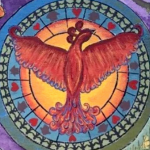