National AIDS Memorial Grove to Get an “Artists Portal”—and a Giant Chime!

The addition arrives thanks to the San Francisco Gay Men’s Chorus, which is celebrating its 40th birthday.

As you might expect, the San Francisco Gay Men’s Chorus (SFGMC) is marking its 40th birthday with a historic concert. But in addition to blessing us with the gift of music, the chorus is honoring the HIV and arts communities with a permanent addition to the National AIDS Memorial Grove (NAMG). To take place Friday, October 26, the concert is titled TRIBUTE: Our 40th Birthday and honors the almost 300 singers the chorus has lost to AIDS. The next day, the chorus breaks ground at the Grove for a permanent Artists Portal monument scheduled to be completed and open to the public for World AIDS Day, December 1. (Watch a video rendering of the monument above.)

Tim Seelig, DMA, the artistic director and conductor of SFGMC, took time out from planning the festivities to tell POZ more about the Artists Portal, its Emperor Chime and the chorus’s deep connection with the epidemic. 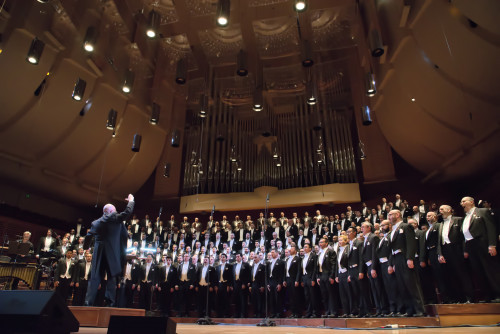 Tell us about the genesis of this project and who will be honored at the Artists Portal.

People from every walk of life were lost during the dark years of the pandemic. That said, a large percentage of those lost were artists of every kind. We lost a larger part of a generation of musicians, dancers, visual artists, etc. San Francisco was one of the epicenters of the disease and lost even more. The fact that our city is host to the National AIDS Memorial makes it the perfect location for a national gathering place for our memorial. It began with the chorus’s desire to memorialize its almost 300 members lost to AIDS. But then there were members of other LGBTQ choruses, then the members of the lesbian gay bands.

The discussions between SFGMC and NAMG have been ongoing for at least seven years. NAMG, had envisioned a place for dancers of all kinds, visual artists, etc. When NAMG brought its own dream of an Artists Portal to chorus leadership, we were thrilled. SFGMC agreed to build the memorial and then turn it over to NAMG to continue its development into the future.

The Artists Portal is for friends and family lost as well as warriors in the fight who are still living and fighting. It began with a place to remember just chorus members lost but has grown to include all artists across the globe, really.

The opportunities for memorializing an individual or group run the gamut from a name engraved in the Circle of Friends to an engraved boulder or bench. SFGMC is honored that NAMG offered us the opportunity to have a full memorial site—with a chime.

Can you elaborate on the memorial’s design? I understand it’s an 8-foot Emperor Chime. But what is that exactly, and how does it work?

All the large memorials in the Grove are similar in design. They all include broken circles symbolizing our broken hearts. Our memorial will be the same. It is a large circle with a broken circle stone bench. The entire Grove is known for its serenity. All one can hear is the sound of nature, birds, a small creek that flows through. Throughout history, a bell or chime or gong has been used in meditation and ceremonies. Our dream included an aural component, since the site is honoring many people who made music a huge part of their lives. The contrabass Emperor Chime is 8½ feet tall. It is cast from anodized aluminum and is characterized by a deep resonant tone that is heard and felt in its reverberation. It is rung with a mallet. It is our hope that when a person visits, they will ring the chime and speak a name of someone they lost. The sound will resonate into the park and beyond.

Walk us through the process of adding someone’s name or the name of an organization to the memorial.

SFGMC is raising the funds to build the memorial as well as to have the first round of names engraved. It is our goal to have at least 80 individual names and 30 arts organization names. We will turn the completed site to NAMG on November 1. Up until that time, people may donate at our website, SFGMC.org, and request that a name be engraved. After November 1, NAMG will absolutely continue adding names until there is no more space.

The entire initiative has been driven by a committee of members of the chorus—most of whom have sung in the chorus 30 years or more and lived through [the epidemic] and suffered the greatest losses. They have embraced this and helped guide it every step of the way. It is hard to imagine the emotion we will all have when we finally stand surrounding “our” circle at the Grove and sing at the dedication.

The committee has chosen [to engrave at the memorial] one text from a song the chorus has been singing for the better part of the last 25 years. It was composed by chorus member Robert Seeley. It is called “Never Ever.” The portion of the lyric we will engrave is: “Take each moment as a gift. Give it back again.” 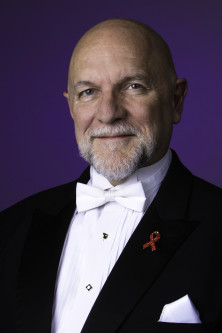 Many chorus members have died as a result of HIV/AIDS over the years, but can you speak to some of the ways the contemporary chorus relates to today’s epidemic?

I am so very glad you asked this question. These are ongoing discussions as we move further from the day-to-day reminder and as our membership get younger. The chorus wears AIDS awareness ribbons at every appearance. At the holidays, we print the names of the almost 300 singers we have lost and each member carries it throughout the holiday concert season. We perform for all AIDS service organizations throughout the Bay Area. We will sing our 27th annual benefit concert for Face 2 Face, Ending HIV in Sonoma County. On our tour to the South this past October, one of our tour T-shirts had a beautiful AIDS ribbon with the [lyrics to the] first song we ever sang, “Singing for Our Lives.” On that tour, we actually did workshops on AIDS and PrEP [pre-exposure prophylaxis] at universities.

I do believe that our chorus may have more of a connection [to the epidemic and its history] since I was one of those who survived the pandemic and am HIV positive. It is near and dear to my own experience and therefore front of mind in what we do. Among our members are HIV medical professionals, AIDS service workers and, of course, many survivors of the plague.

This past spring, for our 40th anniversary, we commissioned Broadway composer Andrew Lippa to create a huge musical for us. He obtained permission from The New York Times to use its first-ever article in print about [what became known as AIDS; the article ran July 3, 1981, with the headline “Rare Cancer Seen in 41 Homosexuals”]. The piece he composed is titled “41” and is one of the most beautiful I have ever heard. The night before the groundbreaking in October, we celebrate our actual 40th birthday by performing the world’s first AIDS requiem from 1991.

For more information about SFGMC’s memorial, including engravings and donations, visit the chorus’s website here. And learn more about the National AIDS Memorial Grove here. 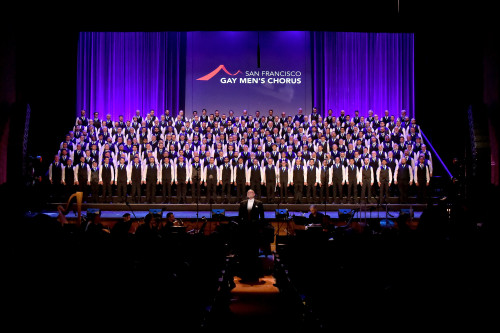