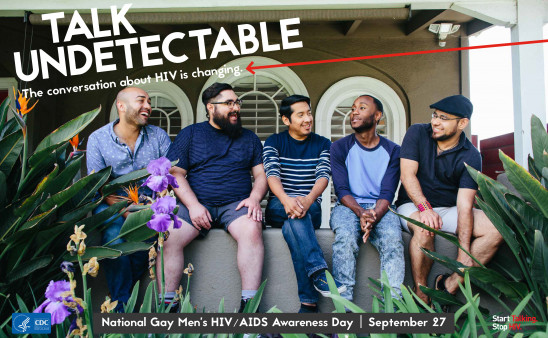 A sample of the posters and infographics for NGMHAAD Courtesy of CDC.gov

The conversation about HIV is changing. Here’s how.

This year’s theme is “The Conversation About HIV Is Changing.” This is a reference to the tools we have to end the epidemic in the United States, including treatment and prevention. Notably, we now know that people with HIV who take meds and maintain an undetectable viral load cannot pass HIV sexually to their partners, a concept known as “Undetectable = Untransmittable,” or “U=U.” In addition, gay and bi men who are HIV negative but at risk of contracting the virus can take the daily med Truvada as pre-exposure prophylaxis (PrEP) and reduce their risk by 99 percent or more.

A sample of the posters and infographics for NGMHAADCourtesy of CDC.gov

To promote NGMHAAD, the Centers for Disease Control and Prevention (CDC) created several posters and infographics in both English and Spanish that are perfect for sharing on social media. For those resources, including suggested tweets, click here.

Gay and bisexual men continue to be the population most affected by the epidemic in the United States. In fact, in 2016, these men accounted for 67 percent of the 40,324 new HIV cases in the United States and six dependent areas (including Puerto Rico and Guam), according to the latest figures available from the CDC. What’s more, African-American gay and bi men are the group most affected by HIV in the nation.

You can learn the POZ Basics about prevention, including PrEP, here. And check out our hashtags #PrEP and #Undetectable.

Here are more statistics from the CDC about gay and bi men in the United States: