The 2020 theme is “Resiliency + Action: Ending the HIV Epidemic in Native Communities.” 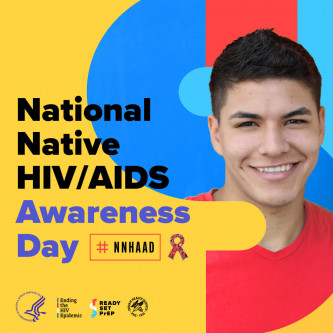 The number of new HIV diagnoses among Native people increased 46% (from 157 to 230) between 2010 and 2016, according to the Centers for Disease Control and Prevention.

According to NNHAAD.org, the awareness day strives to reach three goals:

Friday, March 20 is National Native HIV/AIDS Awareness Day, and in recognition, we wanted to share information about “Two-Spirit”. ”Two-Spirit" refers to traditions in Native American communities for an accepted gender role outside of the male/female binary. Indigenous gay men and Two-Spirit transgender and gender non-conforming people are disproportionately impacted by HIV; the number of new diagnoses in these communities has increased by 81% from 2010 to 2016. Access to testing, treatment, and culturally competent care are vital in ending the epidemic in Native American communities. Want to learn more about #TwoSpirit? Check out @them’s informative video with @niskapisuwin @HIVgov #NNHAAD #NativeAmerican

The awareness day coincides with the first day of spring, which falls on March 19, 20 or 21, depending on the year. NNHAAD was launched in 2007 by three organizations working together as the National Native Capacity Building Assistance Network.

National Native HIV/AIDS Awareness Day (NNHAAD) is coming up on March 20th. NNHAAD is a national effort designed to encourage Natives (American Indians, Alaska Natives and Native Hawaiians) across the United States and Territorial Areas to get educated, get tested, get involved in prevention, and get treated for HIV. #letsstophivtogether #cdc #bos #NNHAAD #endingtheepidemic #beyondourstatus

“Spring represents a time of equality and balance and is the only day when day and night are at equal lengths,” according to NNHAAD.org. “It is considered a time of profound change, new beginnings and birth; a celebration of life for all people.”

You can download social media kits at HIV.gov and NNHAAD.org. 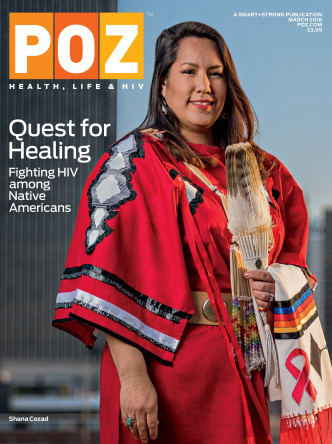 2018’s March cover of POZ featured Shana Cozad, a member of the Kiowa tribe of Oklahoma who has been living with HIV for more than two decades. For more, read “Quest for Healing: Overcoming the Challenges of Fighting HIV Among Native Americans.”

Cozad is also featured in the CDC’s “Let’s Stop HIV Together” campaign, which includes the digital story posted above.

March 20 is National Native HIV/AIDS Awareness Day! #NNHAAD is a time to encourage people to learn about HIV/AIDS and its impact on Native communities; to encourage #HIV testing and counseling; and to put a stop to the stigma around HIV/AIDS. Follow us on social media to learn about events in Alaska and what you can do to support NNHAAD! #EndHIVEpidemic #StopTheStigma