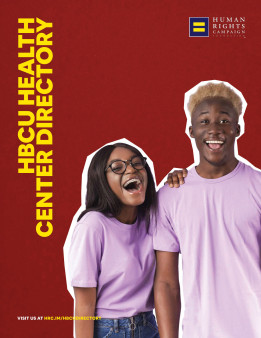 It’s just one element of HRC’s “My Body, My Health” initiative.

Students attending historically Black colleges and universities (HBCUs) this fall have a new way to take control of their sexual health: the HBCU Health Center Directory, a free 30-page guide that not only lists and assesses health centers but also links students to minority-led HIV organizations and community-based groups so they can access testing, prevention and treatment services.

“Data shows that one in five new HIV diagnoses are among young people between the ages of 13 and 24 years old, with Black and Latinx youth accounting for most,” reads the directory’s intro. “To address this phenomenon, it is vital that we support, educate and empower campuses to lead in the fight to prevent the spread of HIV among its students and community.”

The directory is but one element of the “My Body, My Health” initiative launched by LGBTQ advocacy group Human Rights Campaign (HRC) and funded by a $3.2 million grant from pharma giant Gilead Sciences. The goal is to build a generation free of HIV by addressing the sexual health needs of the Black, Latino and LGBTQ communities.

The initiative will also supply free at-home HIV testing kits by mail. To request one—and to learn more about the initiative—visit MyBodyMyHealth.org.

For this project, HRC teamed up with six groups specializing in HIV outreach among minority populations: Us Helping Us in Maryland and Washington, DC; BU Wellness Network in Indiana; TruEvolution in California; Arianna’s Center in Florida and Puerto Rico; Brother Incorporated in Louisiana; and Community Health PIER in Mississippi.

“What is unique,” HRC president Alphonso David tells POZ about the collaborations and grant, “is that we have the ability to compile relevant resources and services in a holistic way and use the continuum-of-care model to ensure that all of our programming is working together. I’m excited about the possibility that we can engage in transformational change.” 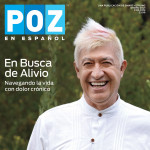