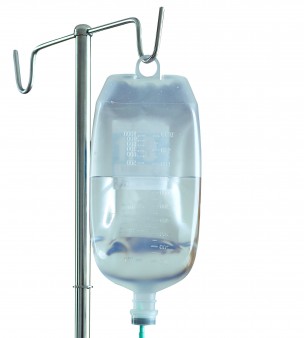 The Food and Drug Administration (FDA) has approved the cloned antibody Trogarzo (ibalizumab-uiyk) for the treatment of multidrug-resistant HIV among people who have extensive experience with standard antiretrovirals (ARVs) and whose current regimen is failing.

The new treatment, which is intravenously infused every two weeks, is the first approved HIV treatment in a decade to belong to a new drug class: It is a CD4-directed post-attachment HIV-1 inhibitor. The antibody works by binding to the surface of CD4 cells and blocking HIV from attaching to and infecting the immune cells.

Trogarzo’s wholesale acquisition cost is an extraordinarily high $118,000 per year.

According to Theratechnologies, which manufactures the drug in partnership with TaiMed Biologics, approximately 25,000 U.S. residents are living with multidrug-resistant HIV, and 12,000 of them are out of effective treatment options and are thus likely good candidates for Trogarzo.

The approval is based on a Phase III trial in which the addition of Trogarzo to a regimen of standard antiretrovirals significantly reduced the viral load of participants on failing ARV regimens. Forty-three percent achieved an undetectable viral load after 24 weeks. The study members’ average CD4 count rose by 44 by the end of this period.

Common drug-related adverse reactions included diarrhea (8 percent), dizziness (8 percent), nausea (5 percent) and rash (5 percent). There were no apparent drug-drug interactions between Trogarzo and other ARVs or medications. Nor did the participants’ resistance to any ARVs seem to lead to cross-resistance to Trogarzo.

“As an investigator in the [Trogarzo] trials I have seen firsthand the power of this monoclonal antibody in a highly treatment experienced population,” says Anthony Mills, MD, chief executive officer of the Southern California Men’s Medical Group in Los Angeles. “For those patients failing therapy today, Trogarzo represents an important lifeline to attaining an undetectable viral load.”