A trial of long-acting cabotegravir given every eight weeks found that it yielded adequate drug levels and was well tolerated.

A new study supports ongoing advanced research of long-acting injections of the antiretroviral (ARV) cabotegravir as pre-exposure prophylaxis (PrEP) given at eight-week intervals. The HPTN 077 trial of HIV-negative individuals at low risk of the virus found that the injections were well tolerated and that this interval yielded drug levels in the body expected to adequately protect against HIV. 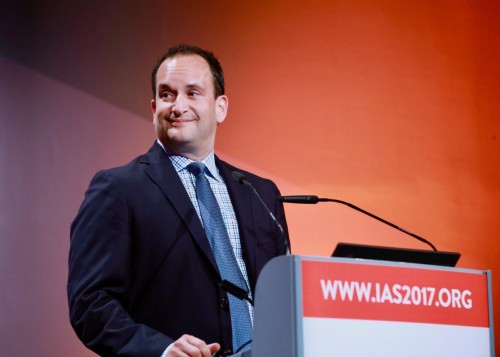 Researchers from a previous U.S.-based study of long-acting cabotegravir as PrEP, called ECLAIR, reported in early 2016 that 12-week intervals of the injections were too widely spaced. This interval yielded drug levels that were too high during the initial period following the injections and too low toward the end of the dosing interval. So researchers concluded that advanced research should investigate a lower dose given every eight weeks.

A large global Phase III trial of that protocol, HPTN 083, began in late 2016, enrolling a planned 4,500 transgender women and cisgender men who have sex with men (MSM). Another trial of the protocol, among women in sub-Saharan Africa, called HPTN 084, is in the planning stages.

The HPTN 077 study was established to test the safety, tolerability, acceptability and drug metabolization of long-acting cabotegravir injections among 199 men and women at low risk for HIV at sites in Brazil, the United States, Malawi and South Africa.

The participants were randomized to receive cabotegravir or a matching placebo. The study began with five weeks of oral drugs to ensure that individuals could tolerate cabotegravir. To follow was a 36-week injection phase. Participants received either: 800 milligram injections (given in two injections of 2 milliliters each) every 12 weeks for a total of three doses or 600 mg (given as a single 3 mL injection) every eight weeks after a four-week “loading dose” for a total of five doses.

The investigators conducted their primary analysis 41 weeks after the participants’ enrollment in the study.

Similar to the ECLAIR study, the 12-week dose showed drug levels that were not optimal. Drug levels among those in the eight-week group were consistently in the optimal range in both male and female participants.

The researchers will continue to follow the participants through July 2018.