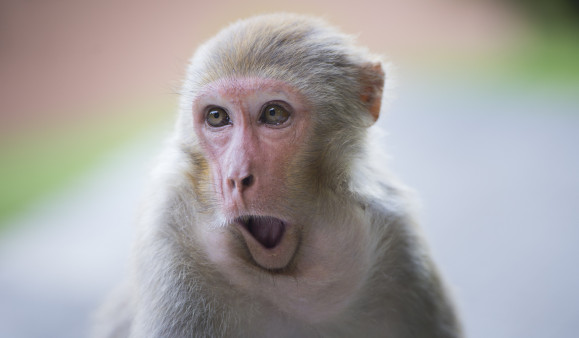 After more than three decades of research, scientists have had little success developing vaccines to prevent HIV. But advances in vaccine science—including those that led to the rapid development of COVID-19 vaccines—could offer hope for the future.

So far, only one HIV vaccine regimen has shown partial protection in human studies; however, it was not effective in a recent large trial. Two other large studies, Imbokodo and Mosaico, are currently testing an adenovirus vector approach similar to the one used for the Johnson & Johnson COVID-19 vaccine.

The same messenger RNA (mRNA) approach used for the Pfizer-BioNTech and Moderna COVID-19 vaccines also shows promise for HIV, according to a presentation at the recent Conference on Retroviruses and Opportunistic Infections (CROI).

These vaccines use lipid nanoparticles, or fat bubbles, to deliver genetic blueprints for making proteins. The mRNA technology is essentially a modular platform that enables genetic material from different viruses, cancer cells, autoimmune antigens and more to be quickly and easily substituted in.

Peng Zhang, PhD, of the National Institute of Allergy and Infectious Diseases, and colleagues, in collaboration with Moderna, designed a vaccine regimen that delivers mRNA for envelope proteins from three different subtypes of HIV plus a gag protein from SIV, HIV’s simian cousin. The vaccines cause human cells to produce virus-like particles that are noninfectious but trigger an immune response.

Seven male macaque monkeys received one of two vaccine regimens, while another seven got placebo injections. All the monkeys first received three injections of a vaccine containing mRNA for envelope proteins from HIV subtype B, the most common type in the United States and Europe. They then received four injections of a second vaccine that contains mRNA for HIV subtypes A and C, which are predominant in Africa. Three monkeys also received a final booster containing stabilized HIV spike proteins, known as SOSIP trimers, that maintain the protein in an open shape that is more easily recognized by broadly neutralizing antibodies. (The same team presented results from an earlier study using this approach at last year’s International AIDS Conference.)

The monkeys were then rectally exposed once weekly for 13 weeks to an engineered HIV/SIV hybrid virus. All seven monkeys in the placebo group became infected within about a month and a half. The vaccinated monkeys remained free of SHIV for about a month, then started to become infected. But a few were still protected at three months, after all the virus exposures. This worked out to an 85% risk reduction overall, a 76% reduction for the monkeys that received only the mRNA vaccines and an 88% reduction for those that got the mRNA vaccines plus the trimer protein booster.

“The mRNA platform represents a very promising approach for the development of an HIV vaccine in the future,” Zhang said at a CROI press briefing.

While this approach is still in early studies, it offers hope for the future. Moderna has announced that Phase I clinical trials of two mRNA HIV vaccine candidates, dubbed mRNA-1574 and mRNA-1644, are expected to start this year.

Another approach aims to prime the immune system to produce broadly neutralizing antibodies (bnAbs) against HIV. One reason HIV is so hard to prevent or cure is that it mutates rapidly, creating a wide range of viral variants. Considered the “holy grail” of immune response, bnAbs target conserved and partially hidden regions of HIV’s envelope spike protein that differ little across diverse strains.

Most people possess specialized B cells capable of producing bnAbs, but they are few in number. An approach known as germline targeting uses a series of vaccines in a stepwise manner to spur production of these immature B cells and train them to generate bNAbs.

William Schief, PhD, executive director of IAVI’s Neutralizing Antibody Center at Scripps Research, presented results from the first human study of this approach at the HIV Research for Prevention Conference (HIVR4P) in February. Although it received little attention at the time, a flurry of social media in April gave the impression that the research is further along than it is.

The study showed that the vaccine stimulated production of these rare immune cells—the first step in the pathway for generating bnAbs. Almost all vaccine recipients (97%) produced the desired B cells. According to Schief, the trial demonstrated proof of principle for a new vaccine concept for HIV and potentially other pathogens. But this priming step would be just the first stage of a multistep vaccine regimen aimed at eliciting different types of bnAbs. So far, the researchers have not evaluated bnAb production, much less antibody responses against HIV.

“We and others postulated many years ago that in order to induce bnAbs, you must start the process by triggering the right B cells—cells that have special properties giving them potential to develop into bnAb-secreting cells,” Schief said in an IAVI press release. “In this trial, the targeted cells were only about one in a million of all naive B cells. To get the right antibody response, we first need to prime the right B cells. The data from this trial affirms the ability of the vaccine immunogen to do this.”

“This clinical trial has shown that we can drive immune responses in predictable ways to make new and better vaccines, and not just for HIV,” said Dennis Burton, PhD, a professor at Scripps Research and director of the National Institutes of Health’s Consortium for HIV/AIDS Vaccine Development. “We believe this type of vaccine engineering can be applied more broadly, bringing about a new day in vaccinology.” The approach could potentially be used for other diseases, including influenza, Zika virus, hepatitis C virus and malaria.

IAVI and Scripps are now partnering with Moderna to develop and test mRNA vaccines based on this approach. Using the mRNA platform could speed up and lower the cost of germline targeting, which is expected to require numerous steps using multiple successive vaccines.

Click here for a POZ feature about HIV vaccine research.