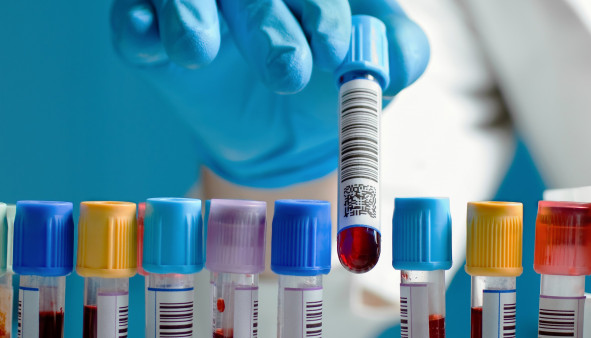 More people had a detectable viral load using a newer assay, which has implications for HIV treatment and prevention.

Editor’s note: POZ has received comments about the statement that a new, more sensitive viral load test has implications for HIV treatment and prevention. For most people on effective treatment, having a viral load below 50 using current standard tests indicates well-controlled HIV. The development of the new test shows how technology evolves over time, and a more sensitive test is useful for clinical trials of new therapies and for cure research. For prevention (Undetectable Equals Untransmittable), research shows that HIV transmission does not occur below 200 copies. So, as the Prevention Access Campaign says, “199 or below, good to go!”

The definition of undetectable varies by test. The studies that form the basis for #UequalsU show that you are untransmittable as long as your viral load is below 200. For U=U, 199 and below, good to go! pic.twitter.com/gREf4NE4kU

This article was originally published on June 8, 2022

A new HIV viral load test can detect the virus at lower levels compared with older assays, meaning that some people who are “undetectable” according to older tests could still have a low level of the virus in their blood, according to a study published in the Journal of Antimicrobial Chemotherapy.

Over the years, as technology has improved, the viral load level usually considered “undetectable” has fallen from 200 down to 50 or 20. Tests used in clinical trials of new drugs and in HIV cure research can measure even lower levels—down to a single copy of viral RNA—but these are not routinely used in clinical practice.

Noting that low-level viremia (virus in the blood) can often be detected in HIV-positive people on antiretroviral therapy, Marc Wirden, of Sorbonne Université and INSERM in Paris, and colleagues assessed the impact of switching from the widely used Cobas AmpliPrep/COBAS TaqMan assay to the newer Cobas 6800 system, which has a lower limit of detection.

Cobas 6800 is a polymerase chain reaction (PCR) assay that targets two different regions of the HIV genome known a gag and LTR. The rapidly mutating HIV virus can evade quantification with a single-target viral-load assay, according to Roche Diagnostics, which makes both test systems.

The researchers retrospectively selected two groups of people living with HIV. One group of 200 participants had a viral load consistently below 50 copies on the older test for at least three years before switching to the Cobas 6800 test. Another 35 people had confirmed low-level viremia when the new test was in use.

For both groups, the team compared several consecutive viral load results performed before and after switching to the Cobas 6800 test. They looked for “target detected” results, meaning there’s evidence of HIV genetic material in the blood, which can occur below the lower limit of quantification, or the level that can yield a specific viral load measurement.

“[Cobas 6800] revealed residual or low-level HIV-1 RNA that was not detected with [the older Cobas test], resulting in twice as many patients being found to have a viral load ≥20 copies/mL,” the study authors concluded. “Physicians and patients should be aware of possible differences in results between assays, and it is crucial to specify the quantitative assay used in studies.”

Click here to read the study abstract.
Click here to learn more about viral load and other tests to monitor HIV.