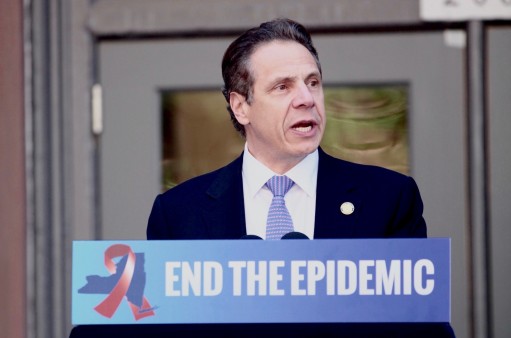 New York City will expand its HIV services to more low-income people living with the virus, reports The New York Times. Specifically, Governor Andrew Cuomo announced that HIV-positive residents would not have to show symptoms of AIDS to be eligible for services.

This means that nearly 7,000 more people will be able to receive benefits from the HIV/AIDS Services Administration (HASA), which already serves about 32,000 people.

Cuomo’s office said the changes would take effect in 60 days. Cuomo’s announcement comes after AIDS advocates have been criticizing him and his administration for delays in implementing a plan to end AIDS by 2020. The governor’s counsel, Alphonso David, told the Times that the delay was caused by a state legislature reluctant to help.

Under HASA, people with HIV who spend more than 30 percent of their income on housing can receive a reimbursement as well as funds for transportation and food.

The city estimates that it will spend $53 million the first year of the HASA expansion and $89 million per year after that, the city’s social services commissioner told the Times.

“The country and the world are watching what we are doing in New York,” Kelsey Louie, the CEO of GMHC, said, “and gratefully they see action on the part of our executive when our legislature falls short.”

For more about the state’s 2020 goals, read “The Audacity of New York’s Hope to End AIDS.”