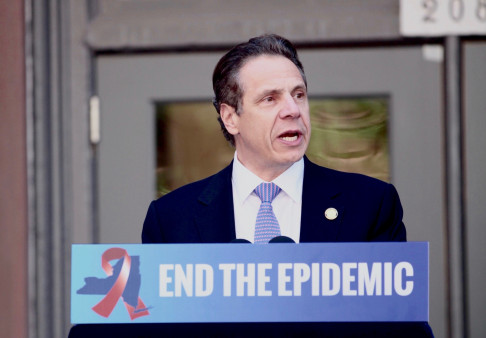 New York State Is on Track to End AIDS by 2020, Says Governor

Data from 2018 show a record low number of new HIV cases and a huge increase in people taking PrEP.

Based on newly released HIV data from 2018, New York Governor Andrew Cuomo declared that the Empire State is on track to meet its goals of ending the AIDS epidemic by 2020.

New HIV diagnoses last year totaled 2,481, an all-time low, according to a press release from the governor. This translates to a drop of 11% between 2018 and 2017 and a decline of 28% since 2014, when the governor called for the statewide Ending the Epidemic initiative (it was officially launched in 2015).* 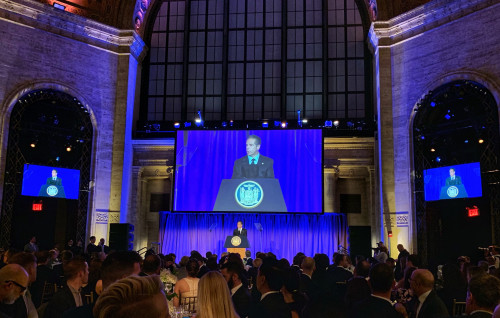 What’s more, 2018 data show that 32,000 New Yorkers took PrEP, or pre-exposure prophylaxis, to prevent contracting the virus. That’s a 32% jump from the previous year. Until this week, the Food and Drug Administration (FDA) had approved only one form of PrEP, the daily tablet Truvada (on October 3, the FDA approved Descovy for PrEP for cisgender men and transgender women; for more about that, click here).

“Five years ago, we launched an aggressive, nation-leading campaign to end the AIDS epidemic in New York and to ensure every person living with HIV or AIDS gets the support they need to lead a full and healthy life,” Cuomo said in the press release. “This new data shows we are on track to meet that goal and continue our historic progress to finally bend the curve on an epidemic that has taken too many lives for too long.”

Cuomo repeated the statement and shared the latest data with the crowd gathered October 2 at the fall gala for Gay Men’s Health Crisis (GMHC), the New York City–based organization that serves over 13,000 people living with and affected by HIV.

“We’re going to end the AIDS epidemic through smart investments in time, resources and evidence-based prevention tools like PrEP, and that’s exactly what has brought us to record low new HIV infections across New York State,” said Kelsey Louie, GMHC’s CEO, in the press release. “I want to applaud Governor Cuomo and his team for leading the country in following the science—and committing the capital and political will—to ensuring that we’re doing all we can now to create an AIDS-free generation for the future.” He echoed these sentiments from the podium at the fundraiser.

Cuomo launched the ending AIDS initiative in spring 2015 (for details, see the POZ article “The Audacity of New York’s Hope to End AIDS”). According to the blueprint, it defined “ending AIDS” as a target of 750 new infections a year, lowering HIV-related deaths to near zero and getting people diagnosed earlier.

The state’s recent announcement of HIV data notes that the initiative consists of a three-point plan:

The state has promoted the plan through allocating an annual $20 million to the initiative and spending nearly $2.2 billion for HIV care and treatment. This year, the state announced it is investing $5.6 million over five years in transgender health care services, including HIV and prevention. And to help promote PrEP, it has declared October 20 to 26 to be PrEP Awareness Week. What’s more, the state requires health insurance companies to cover PrEP without co-pays starting January 1, 2020.

*This article has been updated to clarify the launch date of the New York State initiative.