Although we have the tools to end the epidemic through treatment and PrEP, costs and other considerations limit these methods.

To bring a lasting end to the HIV epidemic will require at least a moderately effective HIV vaccine. This is according to an editorial in the Journal of the American Medical Association (JAMA) written by Anthony S. Fauci, MD, director of the National Institute of Allergy and Infectious Diseases (NIAID).

According to Fauci, we currently have the tools to bring an end to HIV through so-called biomedical prevention of HIV. This assertion is based on the fact that fully suppressing the virus through antiretroviral (ARV) treatment prevents transmission, as well as on the HIV-risk-reduction power of Truvada (tenofovir disoproxil fumarate/emtricitabine) as pre-exposure prophylaxis (PrEP). 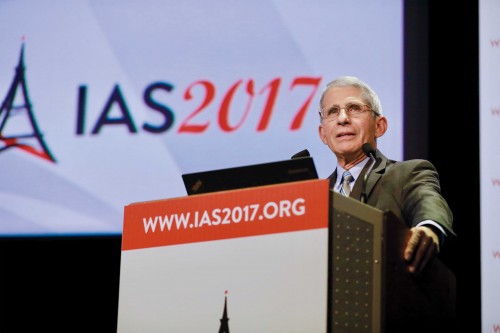 But there are major concerns about the practicality of expanding treatment across the globe such that it will fully end the epidemic worldwide. Currently, an estimated 19.5 million of the estimated 36.7 million people living with HIV are on ARVs, and about 44 percent of the overall population has a fully suppressed viral load. That is a far cry from the 73 percent rate of viral suppression that the Joint United Nations Programme on HIV/AIDS (UNAIDS) has called for by 2020 and which mathematical modeling suggests would send the epidemic into retreat.

Although PrEP has gained popularity in the United States and other Western nations, like the United Kingdom and Australia, it has not yet made significant inroads in major hotbeds of the epidemic like sub-Saharan Africa.

Treating high numbers of the global HIV population and providing PrEP to a critical mass of high-risk individuals is not only hugely expensive, Fauci points out, but there are concerns about the feasibility of reaching significant numbers of those living with the virus in remote areas of certain countries.

A vaccine, even one that cuts the risk of HIV by 50 percent, Fauci reasons, could help compensate for these logistical and financial obstacles and help the virus go the way of eliminated or controlled diseases like smallpox, polio and yellow fever.

To read a POZ feature article on the implications of a vaccine that is just 50 percent effective, click here.

To read a NIAID press release on the editorial, click here.