This computer-generated graphic shows broadly neutralizing antibodies (in color) bonding to regions on the surface of HIV. Courtesy of Scripps Research

Investigators led by Scripps Research will study vaccines that coax the immune system into creating antibodies that protect against HIV.

The National Institutes of Health (NIH) awarded $129 million to the Scripps Consortium for HIV/AIDS Vaccine Development (CHAVD), an international collaboration spearheaded by Scripps Research. Specifically, the funding will go toward the development of vaccines that induce the immune system to produce proteins called broadly neutralizing antibodies that can fight off numerous strains of HIV.

According to a Scripps press release, the seven-year grant is intended to fund the manufacture of several candidate vaccines as well as their administration to human subjects in early-stage clinical trials. Scripps CHAVD consists of 26 investigators—eight of them are employed by Scripps Research and 18 by 13 CHAVD-affiliated research groups.

“This new award provides critical funding to refine this [method],” said Dennis Burton, director of CHAVD and cochair of the Department of Immunology and Microbiology at Scripps Research, in a press release.

In 2009, according to the press release, Burton and his colleagues discovered two antibodies in the blood of a woman living with HIV capable of neutralizing 70% of 162 known strains of the virus. Their existence raised the possibility of creating vaccines that could prompt the immune system to manufacture similar antibodies.

A Scripps research group founded in 2012 to explore this possibility folded in 2019. Scientists hope to use the NIH grant to build on the previous research. 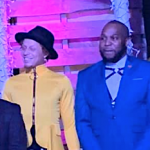 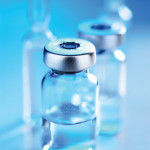