People newly infected with HIV may be at higher risk of developing ocular syphilis, MedPage Today reports. Cases of the potentially blinding form of the sexually transmitted infection (STI) have been seen in Seattle and San Francisco, prompting the Centers for Disease Control and Prevention (CDC) to issue an advisory to clinicians to test for HIV among those diagnosed with this form of syphilis.

A new pair of analyses looked at North Carolina syphilis cases in 2014 and 2015. Results were presented at the 2016 STD Prevention Conference in Atlanta.

Regardless of the timing of their HIV diagnosis, individuals living with the virus were more likely to be diagnosed with ocular syphilis than other forms of the STI if they had a lower CD4 count.

To read the two conference abstracts, click here and here. 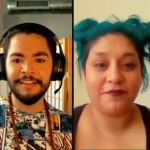