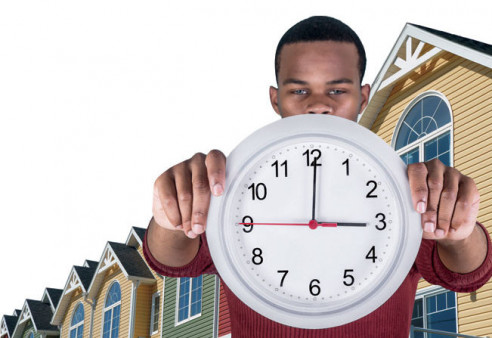 The Rapid Start and PrEP program in Oklahoma is part of the federal “Ending the HIV Epidemic” initiative.

Oklahoma launched an HIV program with two main goals: to get newly diagnosed people connected to care and on HIV treatment within two weeks of diagnosis and to ensure that HIV-negative folks at risk of contracting the virus have access to pre-exposure prophylaxis (PrEP), a daily pill that prevents HIV.

The Rapid Start and PrEP program is available at all county health departments as well as through community-based organizations and health care providers contracted with the state’s Sexual Health and Harm Reduction Service, which is part of the Oklahoma State Department of Health (OSDH), according to a press release from the department.

“Early testing and immediate follow-up treatment is essential to managing a person’s health and preventing further spread of the disease,” said OSDH Rapid Start nurse manager Ivonna Mims in the release, pointing out that 51 Oklahomans diagnosed with HIV in 2019 received an AIDS diagnosis within three months. This means that they had been living with HIV for years and not taking antiretrovirals.

People living with HIV who take meds and maintain an undetectable viral load not only enjoy longer and healthier lives, but they also cannot transmit the virus during sex, a fact referred to as Undetectable Equals Untransmittable, or U=U.

“The Rapid Start program provides persons newly diagnosed with HIV expedited linkage to care, including medications, lab testing, counseling and case management,” Harris said. “We want to ensure we are meeting the client where they are and addressing all of the challenges that accompany an HIV diagnosis.”

PrEP, meanwhile, is available in the United States as the daily tablets Truvada and Descovy; both are manufactured by Gilead Sciences and consist of two meds. A generic version of Truvada became available last fall. To learn more, see “What’s the Difference Between Truvada and Descovy for PrEP?” and “Prevention: Generic Truvada.” For more general information, see the POZ Basics on HIV Prevention.

As one of seven states with a high risk of rural HIV transmission, Oklahoma was selected to receive federal aid via the national initiative “Ending the HIV Epidemic: A Plan for America.” Launched in 2019 by President Donald Trump, the 10-year plan aims to lower new HIV rates by 75% by 2025 and by 90% by 2030. This would amount to fewer than 3,000 HIV cases a year. “Reducing new infections to this level,” according to the initiative, “would essentially mean that HIV transmissions would be rare and meet the definition of ending the epidemic.”

The strategy for reaching these benchmarks involves investing federal funding and resources in programs such as Rapid Start and PrEP in 57 key jurisdictions. These are the 48 counties nationwide plus Washington, DC;  San Juan, Puerto Rico; and seven rural states with high HIV burdens (Alabama, Arkansas, Kentucky, Mississippi, Missouri, Oklahoma and South Carolina) that together account for 50% of new HIV cases.

To learn more about the Ending the HIV Epidemic initiative, read an overview at HIV.gov and visit the official web page at HRSA.org. For a related POZ article, see “Plans to End the HIV Epidemic at Home and Abroad.” 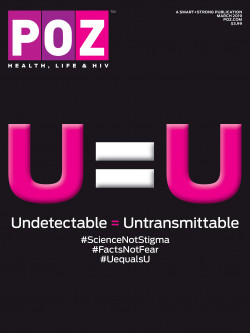 And for related U=U news, read “How Well Do U=U and PrEP Work? The CDC Updates Its Answers” and check out the March 2019 POZ cover story “Understanding Undetectable Equals Untransmittable” along with the companion feature “Viral Load Does Not Equal Value.”