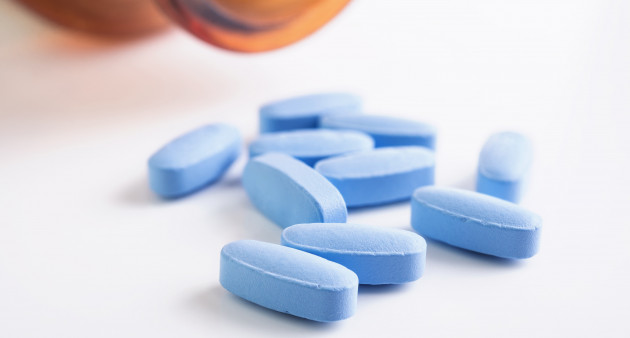 The 2-1-1 HIV prevention regimen offers an option for those who don’t want to take daily pills.

New data from Kaiser Permanente in San Francisco show that on-demand pre-exposure prophylaxis (PrEP) taken before and after sex—known as PrEP 2-1-1—led to good adherence and no new cases of HIV among men who have sex with men, confirming previous findings from French studies.

“Our findings suggest that 2-1-1 is an appealing alternative for some men, especially those who have infrequent sex,” Carlo Hojilla, RN, PhD, of the Kaiser Permanente Northern California Division of Research, said in a press release. “Offering 2-1-1 alongside daily PrEP will help provide individuals with an additional option to tailor their HIV prevention strategy based on their needs.”

PrEP 2-1-1 involves taking two doses of Truvada (tenofovir disoproxil fumarate/emtricitabine) between two and 24 hours before anticipated sex, one dose 24 hours after the initial double dose and a final dose 24 hours after that. This regimen offers an alternative option for people who may not want to take a pill every day.

The French IPERGAY study, first presented in 2015, showed that on-demand PrEP reduced the risk of HIV among gay and bisexual men by 86% compared with a placebo. A follow-up analysis found that the 2-1-1 regimen is also highly effective for those who have sex less frequently. The Prévenir study saw no new cases of HIV among men who consistently used either on-demand or daily PrEP.

Of note, the 2-1-1 regimen has not yet been studied in women or transgender men who have vaginal or frontal sex. The study results for gay and bi cisgender (non-trans) men apply only to Truvada, not the Descovy (tenofovir alafenamide/emtricitabine) pill that was approved last year as a second daily PrEP option.

Although the World Health Organization and the International Antiviral Society–USA have endorsed on-demand PrEP for men who have sex with men, this regimen is not yet approved by the Food and Drug Administration. Nonetheless, the San Francisco and New York City public health departments include the 2-1-1 regimen as an acceptable option, and some U.S. providers now offer it.

As described in a report in Clinical Infectious Diseases, Hojilla and his colleagues followed 279 men at Kaiser Permanente San Francisco during their first three months taking on-demand PrEP.

Kaiser began offering PrEP 2-1-1 in February 2019. Men taking daily Truvada (who account for nearly 99% of all Kaiser’s PrEP clients) were sent information about the 2-1-1 regimen and how it might be an option for those who have sex infrequently and can plan for sex in advance.

Interested men could have a telephone discussion with a clinician and switch if appropriate. In addition, people seeking to start PrEP were informed about the 2-1-1 regimen and given a choice between that and daily pills.

This analysis included all patients prescribed 2-1-1 PrEP through the end of August 2019. The median age was 43, and almost all were men who have sex with men. More than half (56%) were white, 22% were Asian, 12% were Latino and 3% were African American. Asians, Latinos and Blacks were underrepresented relative to their proportions in the San Francisco population (36%, 15% and 6%, respectively). Three quarters had previously used PrEP, including 11 people who had used the 2-1-1 regimen before Kaiser implemented it. Another six men had used other nondaily schedules, such as taking PrEP only when on vacation.

The most common reason for wanting to use PrEP 2-1-1 was infrequent sex (58%). Other reasons included concerns about the potential side effects of daily dosing (4%), the cost of daily PrEP (3%) and difficulty with daily adherence (2%).

All but six men prescribed on-demand PrEP completed their three-month follow-up visit. Of these, 51% exclusively used the 2-1-1 regimen during that period, while 19% opted to take Truvada daily, 15% used a combination of daily and 2-1-1 dosing, 4% used other nondaily regimens and 3% never actually started PrEP.

About 14% of the men reported challenges using the 2-1-1 regimen, including issues related to adherence or getting the dosing pattern right (6%), difficulty planning sex in advance (5%) and side effects (3%). More than half of these men switched to daily dosing on their own.

Twenty men discontinued PrEP altogether due to loss of health insurance (5%), reduced sexual risk (2%) or side effects (1%). One person stopped because of worsening kidney function biomarkers—the tenofovir in Truvada can cause kidney problems, although this is rare among PrEP users—and one stopped due to elevated liver enzymes.

Among the 181 people who used the 2-1-1 regimen exclusively or in combination with daily dosing, only 4% reported missing a dose of Truvada at their last sexual encounter. They used a median of one course of PrEP 2-1-1—or four pills—during the past month. Together, they accrued 136 cumulative person-years of PrEP use, and during this time no one was newly diagnosed with HIV.

“Some of our patients have been reluctant to take a daily medication, and enabling our patients to choose the dosing strategy that is right for them is very empowering,” said study coauthor Jonathan Volk, MD, of the Permanente Medical Group in San Francisco. “We now have different dosing strategies that can meet the needs of different patients. For our male patients who have less frequent sex and plan prior to sexual encounters, 2-1-1 PrEP is a powerful HIV prevention tool.”