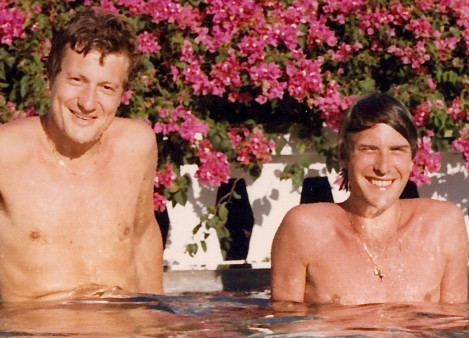 At least, according to Derek Frost, whose memoir “Living and Loving in the Age of AIDS” also offers a couple’s view of gay history.

“I wanted to remember the truths of that time,” recalls English designer Derek Frost about why he began keeping a journal after his husband, Jeremy Norman, tested positive for HIV in 1991. At that point in the HIV epidemic, a diagnosis was considered a death sentence (effective combination therapy became available in 1996).

Journaling “also helped me stay sane,” Frost adds. Fast-forward 30 years and the journals have also helped him pen a memoir, Living and Loving in the Age of AIDS, that documents the couple’s lives. The globe-trotting, celebrity-schmoozing couple—Norman opened the iconic London gay club Heaven in the late ’70s—became HIV advocates In England after witnessing firsthand the initial wave of AIDS cases in the United States in the ’80s. 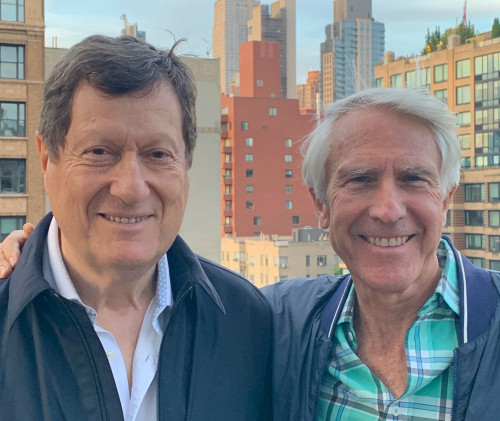 To read a selection of excerpts from Frost’s book, see the POZ feature “These Four Bite-Size Excepts From an HIV Memoir Tell a Bigger Tale.” POZ emailed Frost to learn more about his and Norman’s HIV journey, their view on nonmonogamy and the key to surviving AIDS. Below is our lightly edited exchange.

First off, what’s the response been to your memoir? And has anything surprised you?

Positive. Sometimes overwhelming. Humbling. Moving. Thrilling. Surprise? No. Mostly delight. That my words have proved able to move and inspire so many people of all sorts and from all sorts of backgrounds is the greatest joy. The many highly emotional and personal responses I have received have been extraordinary.

The book gave me the impression that you and Jeremy, because you were often in the United States in the early ’80s, were more aware of the coming HIV epidemic than most other gay men in London.

Am I correct in assuming that the epidemic struck there later than in the States?

Yes, in large part correct. Of course, there were others who traveled to the United States as we did. A few of our British friends became infected in the ’80s, but only a few. Nearly everyone that we knew who died and whose names are listed in my memoir, died in the early to mid-’90s.

And how did folks in the United Kingdom react to your warnings?

We cofounded our first AIDS charity, Crusaid, in 1986. J was its first chairman. I write about the charity’s launch in my memoir: “J makes an impassioned speech to as many as 400 invited guests. All who hear him are shocked with his dire predictions of disaster to come. Many believe his words hysterical and an over-reaction. Sadly they are wrong…oh so wrong.” 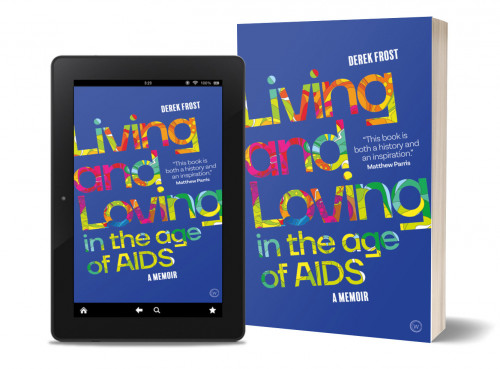 Your memoir touches on larger historical aspects of gay life and how it has changed in the past five decades. What messages do you hope to convey to upcoming generations?

Know our extraordinary history, about the opposition we faced and about our many achievements. Celebrate our freedoms and continue to fight hard for the many members of our worldwide community who remain persecuted and outlawed.

I wonder what younger people, coming up in the age of gay marriage, think about your and your husband’s unapologetic embrace of nonmonogamy. Have you received any insight on that?

I received this from one reader, a straight married lady with kids: “I was struck by the incredible ease of physical body and sexuality. The openness, hedonistic almost incredible capacity for fun and pleasure. It left me feeling a mixture of jealousy, bewilderment and maybe even shock.”

I don’t believe other readers have commented about J’s and my view on nonmonogamy. I’m also interested what younger people think. It wouldn’t surprise me if younger people feel less liberal about the subject than we do.

I remember going to a well-attended gay wedding where the officiating person asked the man/man couple to swear to be faithful to each other. Most of the attendees cracked up. Most of us had already slept with one or other of the couple. Despite this, the couple swore to be faithful. Why, I wonder? For form’s sake? Not good to start a marriage with a publicly stated lie.

Looking back, what would you describe as instrumental in helping you make it through the HIV epidemic? 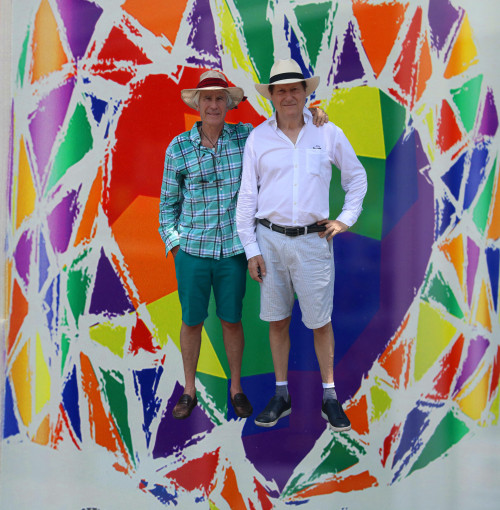 Any specific habit or attitude or belief help get you through?

Yoga and meditation helped. Wise books by wise people facing similar challenges helped a great deal. A healthy lifestyle (in a holistic sense) was essential. Love was the essential tool.

In the book, you mention that you started a journal when Jeremy was diagnosed with HIV. Tell us about your journaling process.

It was ad hoc and not with any view of sharing—quite the opposite. It was secret, deeply personal stuff, a place where I went to record my most secret thoughts and fears. My journal was like an in-house counselor who offered no advice, just the opportunity to get it out and share. An opportunity to scream.

How do you think journaling affected your own health and ability to cope with numerous challenges?

I know it helped me stay sane. Despite this, I rarely read back what I had written. Just the act of writing helped. Like talking to a loved one you trusted.

How instrumental was the journal in writing your memoir?

Essential. For the period covered by the journal, I was able to remind myself about truths, many long forgotten, and in many instances to quote verbatim from my memoir. The journals give an immediacy to that section of my memoir which would have been impossible without them.

And how was it to revisit those writings?

Tough. Mostly very tough. It also brought me joy and retaught me much of what I learned then. It was a very challenging time despite so much accompanying laughter and love.

Finally, is there anything else you’d like to add for the POZ reader?

Everyone who has the courage to publicly come out as HIV positive helps every other HIV-positive person to find this same courage. Do all that you can to help all those in the positive community who are less fortunate than you are. Many still need your help.