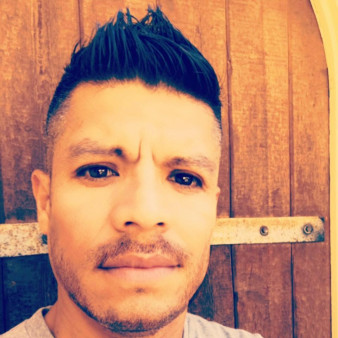 Javier Zaragoza used to travel more than six hours a month for his HIV medication.

I’m Javi. I’m 44 years old and am very excited to share my journey with you. In 1994, I became HIV positive in Veracruz, Mexico. Right after I got the news, my doctor told me that I’d need to go to Mexico City to get my new HIV medication. Every month, I had to travel by bus for about six and half hours from my little town to Mexico City to get my cocktail.

In those days, it was a nightmare for me to access my medication. First, I needed to get an approval signature from the director of the hospital. On many occasions, I had to wait for hours until the director showed up. In addition, the pharmacy would often send me to another hospital across the city, which took two hours by subway.

In 1998, I moved to Mexico City to get my master’s degree. Around the same time, my family in California wanted me to move in with them because the HIV medications were much better there than in Mexico. I realized I was losing a lot of weight. After I finished my degree, I relocated to California to be with my family. Once I enrolled in the health care system, I got three HIV drugs that weren’t available at the time in Mexico—even at the private pharmacies. My weight returned to normal, and for all those years, I did my best to stay undetectable.

For many years, Mexico had limited options when it came to HIV medications.
Now, I am in San Miguel de Allende, and I am taking the same medication (one pill every day) as I did in California. I was amazed when I came back to Mexico to discover HIV medication has improved.

I am blessed for having a different journey in Mexico now.

Being open with the world about my HIV status.

No regrets at all. Things happen for a learning experience or in order to become a greater soul.

Former President Clinton for fighting the AIDS epidemic in Africa and around the world.

If you could be any animal, what would you be?

I really don’t believe in this question, but I will be an eagle.