Scientists tested the effects of the broadly neutralizing antibody PGT121 and the immune-stimulating agent GS-9620 in monkeys.

Adding a period of combination treatment with the broadly neutralizing antibody PGT121 and the immune-stimulating agent (specifically known as a TLR7 agonist) GS-9620 to standard antiretrovirals (ARVs) among rhesus monkeys infected with SHIV, a simian form of HIV, delayed viral rebound after the termination of all treatment. The addition of PGT121 and GS-9620 also lowered the plateau that the viral load reached following viral rebound.

These findings raise hopes that researchers may develop a way to harness these agents to provoke extended periods of viral remission, also known as posttreatment control of HIV, among humans living with the virus.

Dan H. Barouch, MD, PhD, of the Ragon Institute of Massachusetts General Hospital, presented findings from the primate study at the 2018 Conference on Retroviruses and Opportunistic Infections (CROI) in Boston. 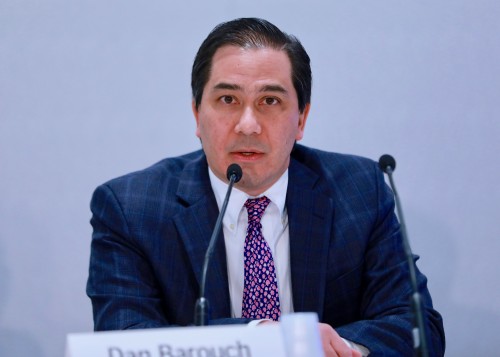 The researchers infected 44 rhesus monkeys with a strain of virus known as SHIV-SF 162P3 and started them on ARV treatment with Truvada (tenofovir disoproxil fumarate/emtricitabine) and Tivicay (dolutegravir) on day seven of infection.

At week 130 of the study, which was 16 weeks after the animals received their final doses of PGT121 and GS-9620, the investigators took the monkeys off ARVs and monitored them for viral rebound.

The study authors’ analysis indicated that PGT121 treatment led to 10 weeks of therapeutic antibody levels in the animals’ bodies. Afterward, the antibodies declined to undetectable levels in peripheral blood cells, lymph nodes and colorectal tissue, meaning that for more than eight weeks before the monkeys were taken off ARVs their PGT121 levels were nil.

Indeed, the researchers found that viral DNA in the lymph nodes of the animals treated with both agents was markedly lower than that of those in the placebo group, suggesting a reduced, but not eliminated, reservoir.

After the animals were taken off ARVs, all 11 of those in the control group saw their virus rebound rapidly—after a median 21 days. Fifty-five percent (six of 11) of the monkeys treated with both PGT121 and GS-9620 rebounded by day 140 after the researchers stopped their ARVs. Compared with the placebo group, the dual-treated group experienced a median 112-day delay in viral rebound time. Compared with the placebo group, the dual-treated group also saw a 2.64 log (99.77 percent) lower peak viral load during this time and a 1.52 log (96.98 percent) lower viral set point (the plateau that a viral load eventually settles down to after spiking during viral rebound). What’s more, the dual-treated animals all experienced a viral set point below 400.

The outcomes among the animals treated only with PGT121 stood between those of the placebo and the dual-treated animals.

To read a Gilead press release on the study, click here.