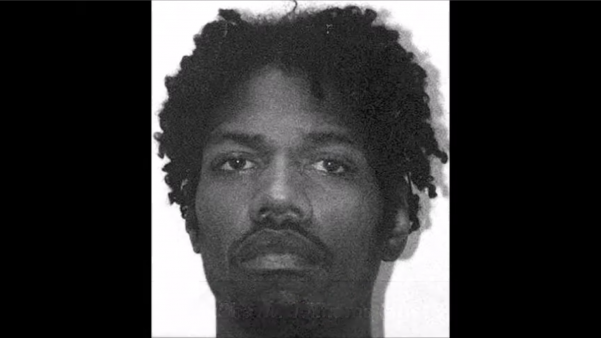 In the late ’90s, a young Black man was labeled an AIDS monster.

I remember the moment so clearly. In 1997, I was coming to grips with an AIDS diagnosis. Thirteen years earlier, I’d been diagnosed with HIV. I didn’t know how to live with HIV or who I should tell—back then, I couldn’t even say I had AIDS out loud to myself.

One evening, as my family and I watched the nightly news, I found myself confronting my worst nightmare. The words AIDS Monster screamed from the TV, and I became paralyzed. I was scared and confused and thought everyone in the room was staring at me. But how could they know? I hadn’t shared my HIV status with them.

During the four-minute news segment, I listened to the story of Nushawn Williams, a 19-year-old, HIV-positive Black man who’d been accused of having unprotected sex with numerous women (some of them under 18). Nushawn claimed he was unaware of his status. Although the story was breaking, the news anchor’s tone made it sound as if Nushawn was already guilty before his trial. I felt the anchor’s voice was also speaking directly to me: “Bryan, now that you have this nasty, dirty disease, you’ll always be guilty.” In those few minutes, I felt totally broken. Those four minutes would define my mental prison for several years to come: I was an AIDS MONSTER.

Nushawn’s story became sensationalized in the media and reflected ignorance about HIV and racial prejudice. I’d think about his situation and become frantic. I didn’t want to be plastered all over the news and labeled the AIDS Monster of Ohio. I knew I couldn’t endure a similar witch hunt. For years, I was lost. I had no one to talk to or to show me how I could live with HIV. In the early days, there were few places to turn to for support. Up to that point, everyone I knew who had HIV had slipped away into the hereafter. After their death, they were shamed because of HIV-related stigma. I felt for certain I would also die a similar ugly, painful and embarrassing death. That I’d also be talked about as a monster in hushed conversations.

But the image of Nushawn in the courtroom stayed with me. I’d often wondered about the young guy whose spirit didn’t seem to be broken despite his fate or this horrible nightmare called AIDS.

Back then, I never would have imagined that today I’d be open about my status and advocating for others living with HIV. But Nushawn gave me the strength to fight. Watching him in the courtroom, with his head held upright, somehow assured me that I could also be strong. He gave me the strength to keep going, and I began to hold my head up just a little. It’s funny how life has a way of giving you what you need. Over the years, I’ve had to grab strength from any place I could.

In 1999, Nushawn pleaded guilty to statutory rape and reckless endangerment and was sentenced to a 12-year prison term. In 2010, four days before his scheduled release, Andrew Cuomo, the New York attorney general at the time, filed a motion to place Nushawn under indefinite civil confinement under a statute aimed at predatory sex offenders. Nushawn has been locked up for more than 20 years, 10 years more than his original maximum sentence, with no release date in sight.

Nushawn’s HIV status has consistently been used to portray him as a monster. Years ago, laws targeting people with HIV were thought to protect the public. Today, we know there are no data to support that and that those laws deter people from getting tested and further stigmatize people living with HIV. We also know that effective treatment allows people with HIV to suppress their viral load (undetectable equals untransmittable or U=U) to the point that they can no longer transmit the virus to a sexual partner. Nushawn has paid his debt to society—there’s no reason for him to remain under confinement. 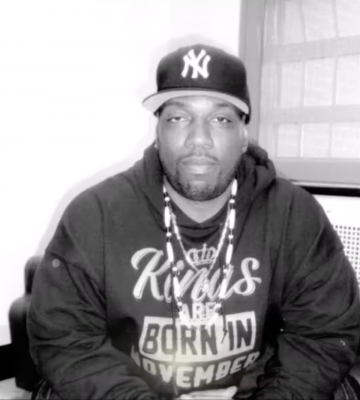 A couple of years ago, I came across a social media post by Davina “Pozitively Dee” Conner, who was using her podcast to raise awareness about Nushawn’s plight. It was an aha moment for me. I could use the strength that Nushawn once gave me to help him. I reached out to Dee and we formed a coalition of advocates working from several angles to help free Nushawn. We believe that Black Lives Matter and that mass incarceration is real and unjust. We believe that working to free Nushawn helps to combat the stigma that persists around HIV and AIDS.

Hasn’t Nushawn endured enough? I was raised that you fight for your family. The HIV community is my family, and Nushawn is my brother.

Black lives are being taken every day. Let’s fight for the living. Let’s fight to free Nushawn and give him his life back. Join the Free Nushawn Coalition. For information on how to get involved, visit FreeNushawn.com.

Bryan C. Jones is a founding member of the Ohio Health Modernization Movement. He is also founder of The Sankofa Initiative, founder of the Dirt Advocacy Movement, a founding steering committee member of U=U and an inaugural U=U ambassador. He was also a 2018 POZ 100 honoree.

Click here to read a fact sheet about Nushawn Williams by The Center for HIV Law and Policy.