One of 20 panels in honor or Pedro Zamora in the AIDS Memorial Quilt Courtesy of AIDSMemorial.org/interactive-aids-quilt

Born on February 29, 1972, reality TV star and international AIDS activist Pedro Zamora would have turned 50 this week. But as the world witnessed in November 1994, he died of AIDS-related illness at age 22, one day after MTV aired the final episode of The Real World: San Francisco. The third season of the hit reality series had shot Zamora to stardom earlier that year, giving the gay Cuban American a platform to educate about HIV and stigma and LGBTQ issues.

The National AIDS Memorial keeps his legacy alive through the Pedro Zamora Young Leaders Scholarship. On Monday, the organization announced this year’s 11 recipients, who will each receive $5,000.

We celebrate the life of AIDS activist and educator Pedro Zamora who would be 50 this year (Feb. 29) by announcing the #NationalAIDSMemorial Pedro Zamora Young Leaders scholarship. Apply now online.

“Much like Pedro himself, this scholarship supports young students who embody their work within the community and activism in ways inspired by their own passions, insights, originality and conviction,” said National AIDS Memorial CEO John Cunningham in a statement. “These students shine an important light on the issues and struggles in their own communities, bringing a sense of optimism, hope and action to make a difference.”

To qualify for the scholarships, students must demonstrate how they work to end HIV, help those living with it or fight against stigma, denial and hate as well as how their studies, career plans or public service will contribute to those efforts.

Pharma giant Gilead Sciences, which makes several blockbuster HIV drugs, and other partners help support the scholarships. Since the 2009 launch of the program, 112 students have received a total of $410,000 in scholarships. 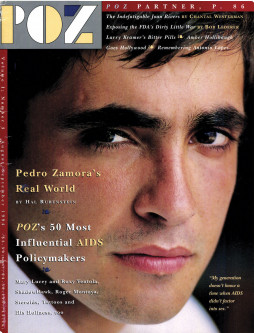 The scholars direct their HIV efforts within their communities—including Latino, African-American and LGBTQ communities—and often work on related issues such as transgender activism, immigration rights and health equity. You can read bios of this year’s recipients here and on the National AIDS Memorial website.

According to the organization’s press statement, the 2021–2022 scholars are:

To learn more about the scholarship program, including how to apply online, visit AIDSMemorial.org/pedro-zamora-scholarship. For more about the National AIDS Memorial, see “Healing Through Remembrance,” a POZ interview with its CEO John Cunningham.

And for more insight on Zamora’s legacy, read “25 Years Without Pedro Zamora,” a POZ blog post by Shawn Decker from the January 2020 issue of POZ. A companion piece, titled “Remembering Sean Sasser,” about Zamora’s partner and written by Marvell L. Terry II of AIDS United and Charles Stephens of the Counter Narrative Project, reflects on Sasser’s legacy. 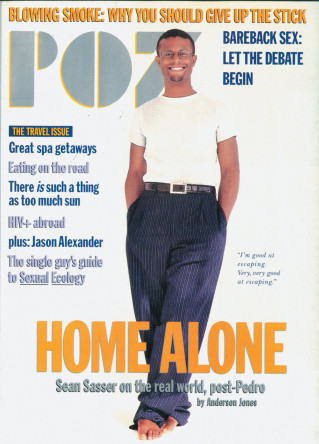 Sean Sasser in the June 1997 issue of POZ

Sasser, a gay Black man, and Zamora held a same-sex commitment ceremony on an episode of The Real World, in what is noted as the first such ceremony in television history. Same-sex marriage didn’t become legal nationally until 21 years later, in 2015. Sasser was also HIV positive; he died in 2013 of a rare lung cancer.

Zamora graced the August/September 1994 cover of POZ, the magazine’s third issue. See “Pedro Leaves Us Breathless,” to read the story. Sasser also appeared on the cover of POZ, in June 1997. To read that article, click “Nowhere Else to Go.”