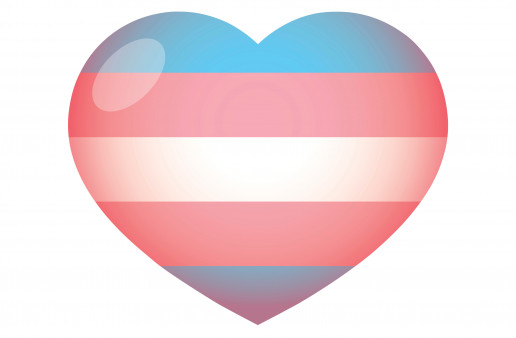 People Have the Power

I am a cisgender gay man, but for most of my adult life, I have believed in the idea of belonging to a larger LGBT community. What we have in common as lesbian, gay, bisexual and transgender people is greater than what we do not.

Notice I said most of my adult life. There was a time when I believed that I could will myself into becoming straight, if only I tried hard enough. Back then, I also believed that trans folks could be cis folks, if they just applied themselves. Needless to say, I was very wrong twice over.

Once I accepted myself as gay, I was able to better understand trans people. As someone who aspires to be an ally, I can never fully know what it’s like to be trans, but I can commit to supporting and standing with trans people. For me, the first step was believing in LGBT people as a community.

My understanding of trans people didn’t truly deepen, however, until a good friend I knew growing up came out to me as trans. I hadn’t seen them in a few years, so reconnecting was an event for both of us. I will always be grateful they reached out to me. That personal touch made a difference.

Coming out—as HIV positive, as gay or as trans—not only empowers us but also inspires others. In that spirit, we are thrilled to announce this year’s POZ 100 honorees. Our annual list spotlights the work of HIV advocates. However, each year the list highlights different demographics, such as long-term survivors, youth and women.

The 2019 POZ 100 list honors transgender, gender-nonconforming and nonbinary advocates from across the country. Some are living with HIV, others are HIV negative, but all our honorees are making a difference in the fight against the virus.

Eight of our honorees grace the cover. In alphabetical order, they are: Julisa Abad, Keiva Lei Cadena, Tori Cooper, Marissa Miller, Maria Louise Roman-Taylorson, Racquelle Trammell, Ja’Mel Ashely Ware and Tyree Williams. Click here to read more about them and the work of all our other honorees.

In addition to being a POZ 100 honoree, Marissa Miller was the lead organizer of the first National Trans Visibility March on DC, which took place Saturday, September 28. Click here to read more about the march and why action is needed by advocates in 2020.

In fact, all the folks on our cover were leaders in the march. We photographed them at the headquarters of the National LGBT Chamber of Commerce (NGLCC), which hosted an awards ceremony honoring trans advocates the night before the march. POZ thanks NGLCC for the help and hospitality.

Thousands of people attended the rally at Freedom Plaza before the march, and many more joined the march down Pennsylvania Avenue. Click here for social media highlights from the rally and march.

For our 25th anniversary, POZ has published chapters from our retrospective book, POZ at 25: Empowering the HIV Community Since 1994. Click here for the final excerpt, which spotlights personal stories.