Publishing their findings in the journal Pediatrics, researchers in the Northwestern Juvenile Project randomly sampled 1,829 young people from a detention center in Chicago, recruiting them between 1995 and 1998. The participants were interviewed up to 11 times, either in the community or at correctional facilities.

After 14 years, when the participants reached a median age of 30, one in four males and one in 10 females reported having more than one sexual partner during the previous three months. By comparison, a recent national study found that among those 15 to 44 years old, 18 percent of men and 14 percent of women said they had had more than one partner during the entire previous year.

The study authors concluded: “The challenge for pediatric health is to address how disproportionate confinement of racial/ethnic minority youth contributes to disparities in the HIV/AIDS epidemic.” 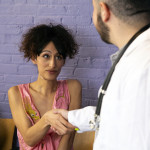