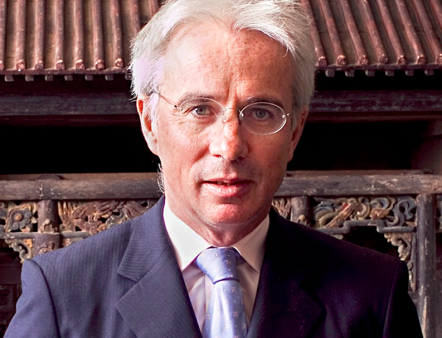 The former banker arrives during a “do-or-die” period in ending AIDS, tuberculosis and malaria, say activists.

The board of The Global Fund to Fight AIDS, Tuberculosis and Malaria named Peter Sands as its executive leader for the next five years.

“Infectious diseases today represent one of the most serious risks facing humankind,” said Sands in a Global Fund press release. “If we work together to mobilize funds, build strong health systems and establish effective community responses we will be able to end epidemics, promote prosperity and increase our global health security.”

A former British banker, Sands was the CEO of Standard Chartered Bank from 2005 to 2015, during which he successfully navigated the institution through the financial crisis of 2007 to 2009. He’s currently the chairman of the World Bank’s International Working Group on Financing Pandemic Preparedness, and he has worked on global health projects as a research fellow at Harvard Global Health Institute and Harvard’s Kennedy School.

Founded in 2002, the Global Fund is a partnership between government, civil society, the private sector and people affected by HIV, tuberculosis and malaria. It invests about $4 billion each year in efforts to eradicate the three preventable diseases; the United States is the largest donor to the Global Fund.

In an interview with The New York Times, Sands said he hopes to have “elimination of the three diseases as epidemics by 2030 firmly in sight” by the time he finishes his term in 2022. But he added: “I’m not going to pretend that getting people to write large checks is going to be easy.”

Programs supported by the Global Fund have saved 22 million lives, according to a report including data up to the end of 2016. Those programs provide 11 million people with HIV meds.

“The Global Fund’s new director will head the institution during a period that is do-or-die for the response to the leading preventable killers in the world,” said Asia Russell, executive director of Health GAP, a U.S.-based group that fights for universal access to treatment. “Peter Sands must prioritize delivering a bold strategy to secure the funding increases needed from wealthy governments; act against the rising tide of human rights violations faced by people with HIV and other vulnerable groups, in particular gay men, trans women, sex workers and people who use drugs; fix operational bottlenecks that undermine lifesaving program scale up; and ensure the Global Fund is truly global in reach—by securing funding for urgently needed service delivery and advocacy in middle- income countries, where the majority of people with the diseases live, rather than retreating from those countries.

“As we’ve already seen, there will be no honeymoon period for Mr. Sands as he transitions to his new role. He will have to find a path for working with the international community, even against great headwinds. Given the urgency of this moment and the number of lives depending on full funding for the Global Fund and the expansion of quality programs, we are rooting for his success, and are committed to holding him, and the Global Fund, accountable to the communities they serve.”

“Peter brings a depth of experience and a passion for the three diseases—and that is exactly what is needed at this point in the response,” Owen Ryan, IAS executive director and Global Fund Board member, said in an IAS press release. “Peter has a bold and inspiring vision for the organization’s future that is in keeping with the IAS’ pursuit of an evidence- and human rights-based AIDS response. I congratulate him on his new role, and look forward to working with him to explore new ways that the IAS and the Global Fund can collaborate.”