An experimental HIV entry inhibitor might be particularly well suited for use as a preventive microbicide—due to the area of the virus it targets and its potential to avoid being quickly broken down by the body. Scientists announced their findings about the drug, which is still in early development, on August 18 in an online article in the journal Virology.

Encouraging HIV prevention news was recently shared at the International AIDS Conference in Vienna, where researchers reported a study involving a microbicidal tenofovir gel that protected nearly 40 percent of females users it from HIV infection. In women who used the gel most frequently, the protective effect exceeded 50 percent.

There is a downside to the tenofovir gel, however. The drug in its oral form (as Viread, Truvada or Atripla) is one of the most widely used HIV treatments in developed countries. This poses two problems. First, the gel might not be protective if the HIV-positive sex partner carries a tenofovir-resistant strain of the virus. Second, there’s a small chance that if a person becomes infected with HIV and continues using the gel, the virus could develop resistance to tenofovir, which would remove that drug from the person’s list of treatment options. Thus, researchers are looking for other drugs that could be incorporated into microbicides.

Brett Welch, PhD, from the University of Utah, and his colleagues have found a new microbicidal candidate, called PIE12-trimer. The drug is made up of three D-peptides: long chains of proteins designed to block a pocket on the outside coat of HIV.

Because the PIE12-trimer binds to an HIV pocket that doesn’t readily mutate, Welch’s group is hoping that HIV will be less likely to become resistant to the drug. What’s more, D-peptides are sturdy, hence they will likely have a longer therapeutic effect in the body than other peptides.

Studies so far have only occurred in cells in the lab, but Welch and another University of Utah colleague, Debra Eckert, PhD, have formed a company called Kayak Bioscience to develop the drug for human testing.

Though the authors state that the drug could theoretically work as a treatment for HIV, most current peptide drugs must be injected because they can’t survive the passage from the gut to the blood stream. This doesn’t necessarily kill PIE12-trimer’s chances as a treatment for HIV—if it only has to be injected weekly or monthly, people might not mind it—but does give it a higher hurdle to jump over. 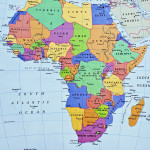 Which HIV Prevention Methods Are Most Cost Effective in Sub-Saharan Africa? 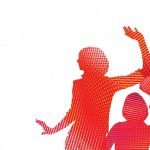 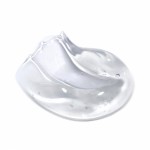