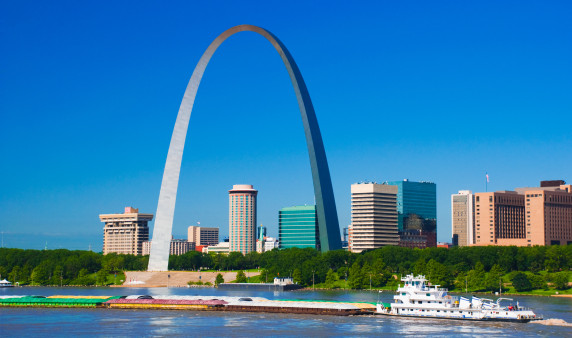 The St. Louis Arch along the Mississippi River istock

The St. Louis woman, who tested HIV positive while pregnant, is accused of child abuse or neglect.

A woman in St. Louis County, Missouri, is sought by police and accused of failing to give HIV treatment to her 1-year-old child, who was born with HIV, reports KMOV.com.

The mother, Britneyeaunya Blackmon, is not in custody. She is charged with child abuse or neglect.

According to the Channel 4 news report, Blackmon tested positive for HIV while pregnant, but when health care providers advised her to take antiretroviral medication to prevent transmitting the virus to her child, she refused. In addition, she has not been giving meds to her child, as evidenced by lab tests showing the infant had a high viral load.

As a result, authorities obtained a protective order, but the mother has not appeared in court or surrendered the child to authorities.

The St. Louis County Police Department asks anyone with information about Blackmon to call 314-615-5400.

Mother-to-child transmission of HIV is preventable. As the POZ Basics section on HIV and Family Planning explains:

Thanks to highly effective antiretroviral (ARV) treatment, many people living with HIV are living healthy and productive lives. This has allowed many of us to pursue long-term goals and ambitions, such as starting and raising a family.

While having children is definitely an option for women living with HIV (and men), it requires careful planning with a health care provider. This includes “preconception” planning—exploring available options to help you conceive—and taking necessary steps during pregnancy (whether its planned or unplanned) to protect your health and your baby’s.

The good news is that there are many ways to plan a healthy pregnancy and a number of strategies to help you reduce the risk of transmitting the virus to your infant.

Whether you’re thinking of starting a family or are already pregnant, familiarize yourself with the amazing medical advances available and discuss your various options with your health care team.…

As for your baby’s health, there is much to be optimistic about. Without proper HIV medical care, a woman living with HIV has a 25 percent chance of passing HIV to her baby. However, if she receives antiretroviral therapy while she is pregnant—and keeps her viral load undetectable—the risk of her passing the virus to her baby is 2 percent (or less). And if she is generally healthy, gets good prenatal care, controls risk factors (smoking, high blood pressure, etc.), the risks of premature delivery and birth defects are similar to those for HIV-negative women delivering babies.

For a closer look at the misconceptions about conception and HIV, read the POZ cover story “Born Free.” The inspiring and informational article profiles two families—one in which the mother is HIV positive and another in which the father is living with the virus—and how they became parents of healthy HIV-negative babies thanks to pre-exposure prophylaxis (PrEP) and treatment as prevention, also referred to as Undetectable Equals Untransmittable, or U=U.