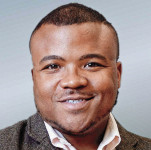 Hill-Jones is also co-principal of Hill-Jones Consulting, LLC, which works with clients to strategically advance programs and policies affecting diverse communities through effective programs and events management, public policy consulting and technical assistance. HIV is one of its areas of practice. Clients include AIDS United.

Previously, Hill-Jones has been senior program manager at AIDS United, program officer for LGBT health and wellness initiatives at the National Black Justice Coalition, communications and education manager at the National Black Gay Men’s Advocacy Coalition and community-building coordinator at the University of California, San Francisco, where he led the implementation of Mpowerment, an HIV prevention intervention funded by the Centers for Disease Control and Prvention (CDC). He has a master’s of science in health care administration from the University of Texas at Arlington, College of Business Administration.

In addition to his professional background in HIV, Hill-Jones has personal experience; he tested positive for the virus in 2007. He is a native of Dallas.

What motivated you to launch SBPAN?

The South is the epicenter of health disparities in the United States, particularly for African Americans. As a result, the Southern Black Policy and Advocacy Network was created to bring together Black community leaders in the region and to help raise their voices as advocates.

When SBPAN was created, however, we the founders—myself, board president Kirk Myers, MPH, and board secretary Kimberly Parker, PhD—knew that we did not want to only address HIV because our communities are dealing with so much more than the virus.

We want SBPAN to tackle the entire breadth of health disparities in the South. However, considering the expertise of its founders, SBPAN is addressing the virus through one of its first initiatives, the Southern Black HIV/AIDS Network.

Can you discuss further the breadth of the advocacy you want to achieve?

This is an important moment in the HIV/AIDS epidemic. We’re seeing a stabilization of cases among some Black people, but we’re also seeing an increase in HIV cases in communities such as Black gay men and transgender women.

We want to use this opportunity, especially from the two- to four-year perspective, to engage in policy where we know a lot of things are moving. In that time span, we have new leaders representing the Southern states in Congress who need to be educated about HIV/AIDS and its effect in Black communities. We also have a presidential election in 2020. Going deep in educating elected officials needs to be done in that time.

We also want to build networks that are focused on health-related policy and advocacy issues. Within five to 10 years, we want to establish the Southern Black HIV/AIDS Network. Using that as a model, we can also move on to create a Southern Black Cancer Network or a Southern Black Diabetes Network, etc.

Eventually, we’ll have several networks that will have overlapping conversations about health disparities and how we really address them. We want to make sure that we’re having multiple discussions at one time and not just continuing to talk about HIV in a silo.

SBPAN seeks to achieve these goals through training, education, advocacy and mobilization. Can you explain?

Actually, “training, education, advocacy and mobilization” just spell team, which is why we phrase it that way. That said, SBPAN has started its work by focusing on mobilization.

In 2019, we want to bring together Black leaders who are running HIV-related organizations, who are leading advocacy efforts and who are working at the state level. To that end, in 2018 on World AIDS Day, which is marked annually on December 1, we launched the Southern Black HIV/AIDS Network with an online hub and social media groups to bring these folks together.

On National Black HIV/AIDS Awareness Day, which is observed every year on February 7, we’re launching an awareness campaign to address HIV among Black communities in the South. We received funding for that project from the Southern AIDS Coalition.

Our advocacy work is focused on this new legislative session. We need to continue to preserve the gains that have been made over the past decade. We also need to engage Black communities to mobilize when necessary against any legislation that may hurt individuals who are living with HIV or that may hurt our prevention efforts.

As far as education, a lot of work needs to be done. We know that key messaging about biomedical prevention—such as pre-exposure prophylaxis (PrEP) and treatment as prevention (TasP), especially “U=U” [undetectable equals untransmittable]—is lagging in the South among Black communities. We want to make sure our leaders are more actively getting this information out to people.

Training is an area of future growth for SBPAN. Right now, we’re just doing an assessment of needs.

Tell us more about SBPAN’s priorities.

They mostly include capacity building and expanding the leadership pipeline but also enhancing data analysis and improving dissemination of information.

We know that there’s a need for more engagement around policy and advocacy. Messaging is not getting to those who need it the most. We want to raise the capacity of advocates and community leaders to engage in a meaningful way. Not only in federal policy but also at the state and local level.

The biggest question that I’ve asked a lot of folks right now is: If you needed to reach Black leaders and HIV leaders in the South, where would you go? That is where we want the Southern Black HIV/AIDS Network to fit in. That is a part of the capacity building that’s needed, creating an infrastructure and an unapologetic space for engagement.

As far as the leadership pipeline goes, current leaders are saying that it is a critical need, especially since many of them have been involved for decades. In these political times, the desire for community members to jump in the fight and make a difference is high. We need to have that pipeline to be able to get people into this fight.

What are some of SBPAN’s challenges and opportunities in 2019?

After living in Washington, DC, for many years, my husband and I decided to move to Dallas. The key question for me in returning to the South, in particular at this time in our politics, was: How do you want to make a difference as it relates to HIV, health and the overall well-being of our country right now?

The need for something like SBPAN has always been there. The timing and the resources have finally come together.

I’m looking for more opportunities to bring together Black leaders in the South. I look forward to the richness that this ongoing collaboration is creating even now. As someone who has worked primarily with Black gay men and LGBT communities, it feels good to be a part of something that involves the entire Black family, because that’s what we’re going to need to end the HIV/AIDS epidemic.

From all of my experiences doing this work, I sincerely believe that we’re all going to have to be able to do this together. I look forward to using SBPAN as a vehicle to support that need.