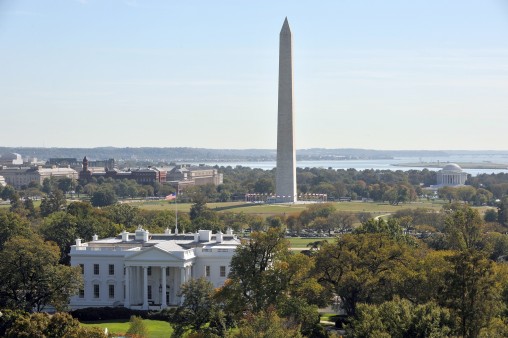 A longtime national AIDS advocate reflects on what the HIV community can expect from DC postelection.

Cornelius Baker is the chief policy advisor at the U.S. State Department Office of the U.S. Global AIDS Coordinator and Health Diplomacy. Throughout his decades-long professional life as an advocate and an adviser, Baker has mostly focused on matters of concern to both people living with HIV and to LGBT people. As a gay Black man living with HIV, Baker also has a personal interest in championing AIDS advocacy.

His roles over his career have included: technical adviser at nonprofit human development organization FHI 360; senior adviser at the National Black Gay Men’s Advocacy Coalition; executive director of the Washington, DC–based Whitman-Walker Clinic (now known as Whitman-Walker Health); executive director of the defunct National Association of People With AIDS; and confidential assistant to the assistant secretary for health at the U.S. Department of Health and Human Services National AIDS Program Office.

Baker understands how things get done in Washington, so speaking with him after the 2016 election was especially illuminating in light of the unexpected loss by Hillary Clinton to Donald Trump. Advocates already had a full HIV/AIDS agenda for the presumed Clinton administration, but they are now reconsidering their agenda for the Trump administration, as well as for the Republican-controlled Congress. Baker shares his thoughts on the challenges ahead for HIV/AIDS policy.

Regardless of who the next president would have been, we have to maintain a sharp focus on the critical issues that are before us: our agenda to end the HIV epidemic, both here at home and globally.

First, how are we going to continue to finance the HIV response, both domestically and around the world? Our commitment to the global AIDS epidemic and to our partnerships with other countries in particular is now certainly more at the top of an agenda as it relates to the president-elect—commitments around foreign assistance and public health.

Second, how do we carry forward bipartisan support for the HIV epidemic with new members of Congress? We know that there are going to be upcoming federal budget battles. How do we educate them well on what we’ve achieved, what we have left to achieve and what the path is to getting there?

The president-elect has talked about investing in America. If we look back on 2009, for example, with the American Recovery and Reinvestment Act, one of the first areas to be removed from that bill when it was going through Congress was the investment in the infrastructure of services for HIV and other sexually transmitted infections (STIs). Those are vital public health services. We need to learn from that discussion, as new ones go forward, how to articulate that these programs and services help America.

The Affordable Care Act (ACA) is a big target. What are the concerns with ACA?

We’ll have to look at what the president-elect and his team need to do through legislation and what they will focus on through executive orders. He has outlined an interest in portability of insurance as an ACA fix, and that’s probably something we can work on achieving with the new administration.

How will that fix and any other ACA changes move through Congress? The reality is that within congressional rules the majority in the Senate usually cannot move most things through without the consent of the minority. Nothing is going to happen immediately. To get to a consensus on what a new act might look like is going to be a very long process.

What about the Ryan White CARE Act, which funds AIDS Drug Assistance Programs (ADAPs) in all 50 states?

The Ryan White CARE Act enjoys bipartisan support. We have to go forward with an expectation that support will continue, and the reason it will continue is because it serves people in every community across the country. Mayors and governors know how tangible that support is for people in their communities. 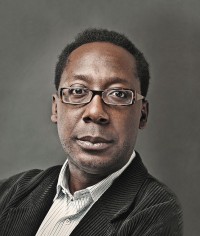 As the president-elect said during the campaign, we’re not going to let people die in the middle of the street. Certainly, if you’re a governor in a place like Alabama or Mississippi, in the absence of expanding your Medicaid program, the Ryan White CARE Act is the only relief you have for people with HIV/AIDS.

I don’t think the question is whether services under the Ryan White CARE Act continue. I think the question is what level will we finance it at and how is that financing going to be focused on newly emerging epidemics, particularly in the South where there is a greater burden of poverty and where there is an increased concentration of the epidemic.

What about Planned Parenthood and its role in providing HIV services?

It’s going to be a big and long battle. The president-elect has said that Planned Parenthood does good things. He has repeated that on numerous occasions. We need to make sure that we articulate clearly the importance of Planned Parenthood services for women and men.

When we think about the people who just voted for the new administration, a lot of those people are working poor or unemployed. We have to tell their stories about how they get their health care and what’s important to them in receiving that health care, moving this conversation away from abortion to a dialogue about delivery of health care.

What about global HIV/AIDS funding?

Global funding has had bipartisan support. We do not anticipate that support not continuing. The president-elect and the vice president–elect have said positive things about the President’s Emergency Plan for AIDS Relief (PEPFAR). The vice president–elect, as a member of Congress, actually helped lead efforts to support, enact and reauthorize PEPFAR. So there’s a relationship there.

Obviously, at this point, we’re still waiting to see who will be in the Cabinet and who will be in other positions in the government and, most importantly, who will lead PEPFAR going forward.

We expect that there will continue to be a strong commitment because it is a vital public health program that is delivering results around the world and that supports U.S. national security issues in addition to supporting global health.

Again, the major issue is not whether there is support, but how we will finance PEPFAR to keep pace with the goals we need to achieve to end the epidemic.

The United States just made a pledge to The Global Fund to Fight AIDS, Tuberculosis and Malaria, which members of Congress and the current administration support. We would anticipate because of this strong support that the United States will honor its pledge.

Any advice for HIV/AIDS advocates?

Now that the election is over, it’s important that we not get caught up in visions of apocalypse. We have a system of governance in our country. We have to trust and believe in that. Through our elected representatives, we have to express what it is that we hope to have in our country.

It’s important that we as advocates not fan people’s fears. We must do the hard work of being at the table, participating in policy dialogues to ensure that the interests of all people are being met, and that we are open to having conversations with everyone. There isn’t a Democratic or Republican way to end the HIV/AIDS epidemic. It will take all of us.