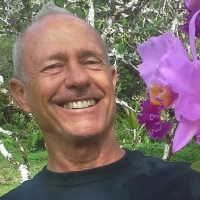 In 1975, Richard co-founded Kalani Oceanside Retreat, a piece of LGBT paradise in Hawaii, with two friends, who both died of AIDS complications in the early ’90s. Despite the loss, Richard continued the trio’s legacy, eventually building a 120-acre getaway that offers dance, yoga and Hawaiian culture classes, residencies at an eco-friendly village, wellness programs and more. The center also offers free STI and HIV testing and counseling, and dedicates more than a quarter of a million dollars every year to local festivals and health and civil rights programs for the LGBT community. Richard recently retired from leading Kalani after 38 years, but his commitment to HIV/AIDS advocacy is far from over. 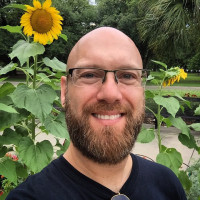 In 2005, Scott left a corporate career to go back to school for social work and devote his life to HIV-related causes. He started out at the LGBT Center in Manhattan as the prevention social worker in the youth program, eventually moving on to supervising counselor at the Hetrick-Martin Institute, which supports gay youth. Today, Scott runs a private psychotherapy practice, focusing primarily on gay men. He also runs four HIV/AIDS-related groups under the Hi-fIVe brand he founded, including a monthly movie group, a book club and a weekly low-cost support group. Scott is also the HIV columnist for Metrosource magazine, and he facilitated workshops for long-term survivors at the recently shuttered Friends In Deed. 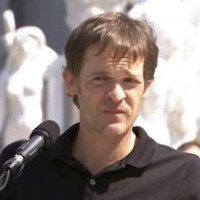 Jay started smoking marijuana when he was 19 years old, around the same time he learned he was HIV positive. Today he is one of the top pro-pot activists in the HIV community. Jay has worked tirelessly for two decades educating legislators in New Jersey about what it’s like living long-term with HIV—the side effects, the health struggles and the need for supportive services. As a recovering injection drug user, Jay also lobbies for harm reduction programs. He worked as an advisor for numerous political campaigns on these issues. No wonder that PolitickerNJ has included Jay on its list of the 100 most influential people in New Jersey politics. 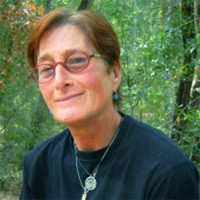 Since testing positive in 1986, Nancer has been using her art as a tool to fight stigma and to educate and empower. A grantee of the California Arts Council for many years, she has taught printmaking at SOMARTS, been an art teacher in San Francisco and Oakland, and worked as an artist-in-residence at the University of San Francisco. She also works at Hospitality House, a drop-in art center for homeless and disenfranchised people. As she ages, Nancer says, her art grows more socially and politically oriented. Lately she has been focusing on older women, whom she feels are sorely underrepresented in HIV/AIDS conversations; for example, she approaches this subject by silkscreening pictures of older women onto the soles of men’s shoes. 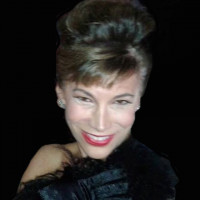 In 1981, Sherri was on top of the world, leading her band, Get Wet, to a Billboard hit and looking forward to major success. But bad luck and bad timing ended her career, and Sherri started using drugs full-time. She got herself in rehab, and after nine months she felt ready to start a new life. Then she tested positive for HIV. Sherri worked hard to keep herself healthy—made trickier with her hepatitis C coinfection—until antiretrovirals finally got her HIV undetectable (she hopes to be cured of hep C soon). She appeared in POZ in 1997 for her one-woman show Life Is a Beach and graced the cover in May 2008. Today, 31 years clean and sober, Sherri continues to put her entertainment skills to good use as an activist and educator—especially for women. 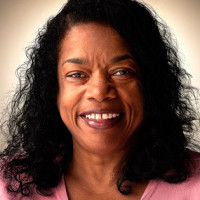 Wanda was a social worker living in Indiana when she was diagnosed in 1996. Though frightened, she began educating herself on her new status, which led her to The Aliveness Project of Northwest Indiana. In 1997, the AIDS service organization offered her a job as a community spokesperson and later acare coordinator. In 2012, she retired to California, where she went right back to activism. Today she’s a health educator with the San Ysidro Health Center’s Women Partners Program, promoting HIV prevention services among women who are intimate partners of incarcerated or recently released men. Wanda has devoted herself to empowering and educating other women the way The Aliveness Project helped her so many years ago. 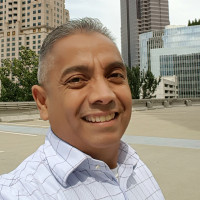 Alejandro served in the U.S. Army, 82nd Airborne Division, for nearly six years, until he was discharged in 1989 for being gay. He learned he was HIV positive in 1993. Four years later, he moved to Atlanta for a better job and health care, and started his activism. Alejandro became a board member of Georgia Equality, was elected president of the Georgia chapter of American Veterans for Equal Rights, and co-founded Latino LinQ, which supports Atlanta’s Latino LGBT community. He works at a law firm, and as he undergoes his second treatment for hepatitis C, Alejandro continues to be a voice for those living with HIV/AIDS. 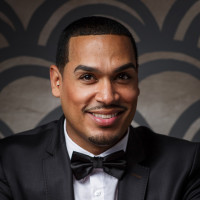 Luna was diagnosed with HIV at age 14. Three years later, he became an AIDS activist. He is also an artist; his photography has appeared in galleries, museums and publications around the world. Luna has taught photography and art therapy, and he co-founded the House of Frame by Frame Fierce, an award-winning project that teaches animation filmmaking to high-risk youth. Through his work with GMHC, Luna hosts workshops, conferences and health fairs; he also plans the annual Latex Ball, hosts The Luna Show on YouTube, and is a father of the House of Khan in the ball scene. Luna continues to inspire and empower youth of color as someone who has survived and thrived with HIV for 28 years. 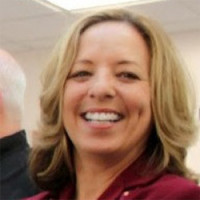 In 2015, Vickie began her fourth year as a doctoral student at the University of South Florida—she also celebrated her 50th birthday and her 30th year living with HIV. After her diagnosis, she struggled with drug abuse and the loss of her job, health insurance and home. But when she was discharged from a mental hospital and placed in the care of an AIDS service organization, Vickie began the work of living well with HIV. She earned master’s degrees in social work and public health, and helped establish Sisters in Spirit, a support group for women living with HIV. She has served on several councils and boards and is a huge advocate for “People First Language,” a less stigmatizing way to describe HIV/AIDS issues. 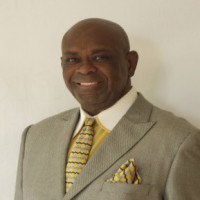 A lifelong Arkansan, Cornelius became, in 1983, the first African-American president of Arkansas Gay Rights, where his work earned him the group’s Outstanding Performance Award. So when he was diagnosed with HIV in 1991, he already possessed knowledge, confidence and a loud voice. Cornelius is dedicated to fighting for LGBT and HIV-positive Arkansans, in part through co-chairing the state’s HIV Planning Group and his work as executive vice president of LinQ for Life Corporation, which links HIV-positive people to and retains them in care while addressing social justice issues that contribute to the epidemic. He’s also very active on social media: Cornelius on Point, his blog, is Arkansas’s longest-running LGBTQ online media source. 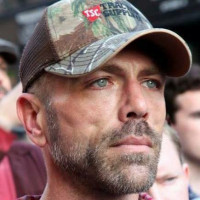 He’s been living with HIV since 1982, and Sean has been an outspoken advocate for his peers just as long. Recently, he spearheaded the revival of GMHC’s Buddy Program, which in this iteration focuses on long-term survivors. “We deserve respect and a sense of community to help us out of our isolation and depression,” Sean said at the announcement of the relaunch. He was profiled in the 2013 book The AIDS Generation: Stories of Survival and Resilience, by fellow 2015 POZ 100 honoree Perry N. Halkitis. Sean says the profile reenergized him at a time when he felt forgotten and alone, something he hopes the Buddy Program will do for his peers. “Until there is a cure,” he says, “every one of us who is infected will eventually become a long-term survivor.” 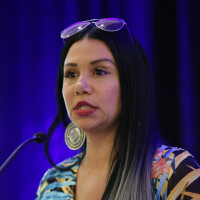 Maria was diagnosed with HIV one week after her 18th birthday. She was scared and alone, but her mother told her that she would not die. Those words of encouragement motivated her to take charge of her health. Twenty-four years later, Maria is a powerful activist for HIV education, treatment, testing and prevention. Currently, she is working for The Well Project, a global resource in helping women and girls overcome the inequalities, barriers and stigma that contribute to the epidemic. She reaches tens of thousands of people in English and Spanish through social media activism. As a Latina and a lesbian, Maria understands the issues of diverse populations, and she is passionate about youth education. 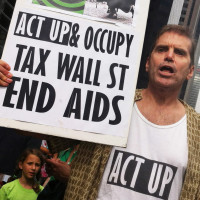 Mark knows the challenges of aging with HIV. When he was diagnosed in 1982, there were no effective treatments, and he had to work hard to stay healthy. Today, though he has his HIV under control, his comorbidities present new challenges. He has worked at ACRIA since 2001, and he is a member of ACT UP New York, Health GAP and the AIDS Treatment Activists Coalition. He is devoted to ensuring people living with HIV are afforded the best treatment and care, and he feels a strong need to share what he has learned over the past 34 years. At his Living with HIV workshops at ACRIA, he teaches younger generations critical medical information—and that gives him strength to carry on. 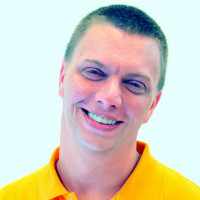 Joshua has been busy since his diagnosis at age 17. He started his career as a social worker specializing in youth services, brain injury, foster care and service to people living with HIV. He founded his own law firm, Social Security Justice, and its National HIV/AIDS Disability Project, which has helped hundreds of people living with HIV access their Social Security benefits. Joshua fights discrimination against HIV-positive people, most recently settling a suit against the city of Dearborn, Michigan. With his firsthand experience, he often educates officers of the court on the realities of living with HIV. At home, Joshua is a foster parent and single father of five adopted children.