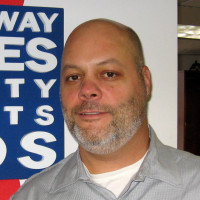 When Joe was diagnosed in 1992, one of the first things he did was get involved with AIDS charity bike rides. He drew on these experiences to write his play The Truing, which ran for five sold-out nights in the 2014 New York International Fringe Festival. As an actor, playwright and producer, Joe was already dedicated to the theater when he joined Broadway Cares/Equity Fights AIDS. Under his tenure as the director of education and outreach, young artists have raised more than $2 million to support Broadway Cares grant programs. Having seen the difference people can make in their communities, Joe enjoys leading HIV/AIDS educational workshops in schools and community organizations. 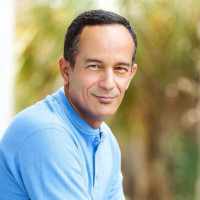 Eddie was still a teenager when he was diagnosed with HIV. For the next two years he lived in denial, until he met his partner; the love and support he found in that relationship helped him value his own life and health, and motivated him to give back. He started volunteering at an HIV resource center in Miami, then joined The Center for Positive Connections as a program coordinator, and eventually chaired the advisory board. Today Eddie is the program facilitator and HIV tester at Pridelines, and he is chair-elect of the Miami-Dade HIV/AIDS Partnership. Eddie feels blessed to offer others the love that helped him become the healthy activist he is today. 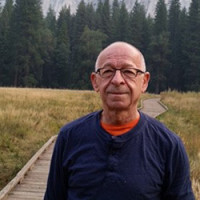 Jan’s life offers a timeline of HIV history. In 1980, he began working for the New York Native, one of the first newspapers to write about AIDS. In 1982, he was one of the first people to volunteer for GMHC’s Buddy Program, and in 1985 he was among the first New Yorkers tested for the virus—that’s when he learned of his positive status. In 1987, he helped form ACT UP and was arrested 10 times in civil disobedience actions. In 1997, at age 50, Jan began treatment with protease inhibitors and graduated from Harvard with a master’s in public administration. Since 2005, he has helped raise over $1.2 billion in Ryan White funding while working at the New York City Department of Health & Mental Hygiene. 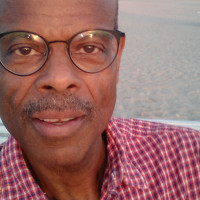 An author, filmmaker and advocate, Robert has worked tirelessly against HIV since testing positive in 1985, when the first tests became available. He spent six years in the HIV Prevention Department of GMHC. Then, in consultation with leading health professionals, he wrote The Gay Men’s Wellness Guide, a landmark 1998 book addressing physical and psychological well-being, substance abuse, HIV/AIDS and aging. He has spoken about access to health care, hospital admissions and medical staff treatment of patients of color as informed by his own personal experiences, and he also addresses the challenges of being a long-term survivor and aging with HIV. Robert works to support LGBTQ populations in their fights against HIV, AIDS-phobia, homophobia, transphobia and racism. 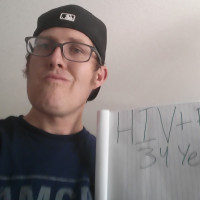 Andrew began meds when he was just 8 years old. Despite having lived with the virus his entire life, he was never too open about his status. This year, he decided to change that. As a way to disclose to everyone, he told his story in a Facebook post, in which he also posed with his HIV-negative wife and three kids. He says he finally felt comfortable with himself and wanted to help other people living with HIV know they could lead a happy, healthy life too. The post went viral, and national news organizations ran pieces on him and his family. What will he do with his newfound fame? “I think I’d be a benefit to kids living with HIV,” Andrew told POZ. “I was there. I get it.” 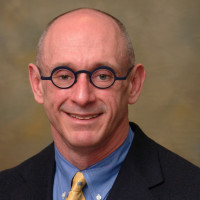 Jim has been the director of the 1917 Clinic at the University of Alabama at Birmingham for nearly 20 years. In addition to his doctorate, he’s a certified registered nurse practitioner who is deeply involved in the lives of his clients who are HIV positive. Having tested positive himself in 1992, Jim is no stranger to the work needed to get and stay healthy. His colleagues, friends and patients sing his praises as a leader, researcher, advocate and health care provider: “The fabric of his strength is woven with genuine compassion for his patients and all people living with and affected by HIV,” said one research scientist. “When I think of character, integrity and work ethic, I think of Jim Raper.” 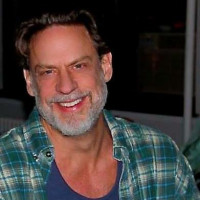 As an educator, supporter, fundraiser, writer and entertainer, Jon has dedicated his life to serving others. He is the director of client services at Friends In Deed—The Crisis Center for Life-Threatening Illness, where he has offered compassion and support for 20 years. (Sadly, the center closed its doors in October, but the hunt is on for a new venue.) Last year Jon launched a support group for long-term survivors of HIV; he says it has helped people feel less isolated and form more meaningful relationships. In addition, Jon speaks about being a long-term survivor at The Moth, a live storytelling competition—you can watch his performances on JonJayRead.com. He is also writing a memoir, which will be full of his stories of love and loss and the basic goodness in humanity. 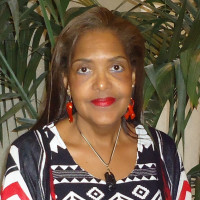 Though she first tested positive in 1988, Lepena neglected her health until she was hospitalized in 2002, with eight CD4s and a viral load in the millions. That forced her to take care of herself and learn to ask for help. Today she is a fierce advocate for others. Lepena is a member of Positive Women’s Network–USA and is also an advisory board member and spokesperson for the Black Leadership Commission on AIDS–Tampa Bay. She published a book of poetry in 2012, Angels in Divine Service, about being a long-term survivor. A graduate of Common Threads–USA, Lepena highlights the Red Ribbon Earwear (earrings in the shape of ribbons) as a talking point for testing. And she skydives in support of other sexual abuse survivors as part of Team SOAR. 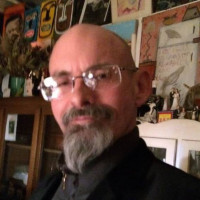 In 1989, five years after his own diagnosis, Hunter co-founded Art Positive, an offshoot of ACT UP that fights homophobia and censorship in the arts. “All that pain of people dying and the anger…became a vehicle that pushed me to deal with those kinds of issues for myself,” says the artist of turning his work into activism. In 2006, Hunter had four HIV-related strokes. Misdiagnosed as having neuropathy, he spent months recovering his mobility, and he had to reinvent his artistic practice. His most recent exhibition, Survival AIDS Medication Reminder, features large-scale photo weavings, a new video work and a mummification skin that together reflect Hunter’s vision of himself, his community and his role as a long-term AIDS survivor. 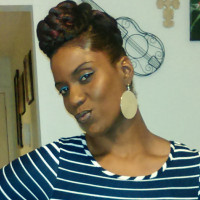 Tatania tested positive at age 15. Today she is a staunch advocate in New Orleans, educating and encouraging newly diagnosed people to get on and stay in treatment. She participated in the original landmark study on using AZT to reduce mother-to-infant HIV transmission; she has three HIV-negative children and still participates in clinical trials at Tulane University. She serves on the community consumer advisory boards for CrescentCare and Tulane’s pediatric HIV/AIDS cohort studies, and works as a peer advocate with CrescentCare’s Ryan White Part D program—Family Advocacy, Care and Education Services (known as FACES). Tatania fights to decrease the stigma faced by HIV-positive people, particularly women and families, something she knows well. 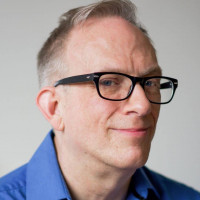 Doug got involved in the fight against the virus after his diagnosis in 1990. He learned the importance of grassroots activism and worked with ACT UP New York, Queer Nation, Friends In Deed and others. He was also the advocacy publications editor at the American Council for the Arts, where he defended artists such as Robert Mapplethorpe from attacks led by Senator Jesse Helms. Since moving to Baltimore to be close to his family, Doug devotes as much of his time to AIDS activism as his health allows. His communications team at AIDS Treatment Activists Coalition successfully prevented the defunding of the federal AIDS Drug Assistance Program (ADAP) in 2002. 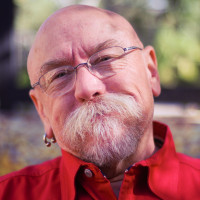 During his professional career, Mark worked 24 years as manager and director of the information technology staff at the Arizona Superior Court, volunteering in his spare time for community groups such as Reveille Men’s Chorus and Desert Voices, both of which use music to promote human rights, LGBT equality and HIV/AIDS issues. Last year, Mark retired from the court, but without missing a beat, he began working full-time as the operations manager for the Tucson Interfaith HIV/AIDS Network, where his considerable skills keep the office and volunteer staff humming along smoothly. 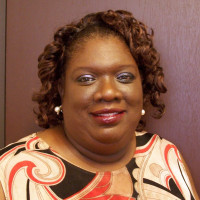 Like many HIV-positive people, when Cecilia was diagnosed with the virus in 1991, she decided to suffer in silence. In 2003—three years after an AIDS diagnosis—she broke free of the denial. Ever since, Cecilia has been an outspoken community leader, founding her own nonprofit, Living Without Limits Living Large, to offer support and referrals to HIV-positive heterosexuals. She’s been active with Ryan White committees, the Texas HIV Syndicate, the Texas Black Women’s Initiative–Houston Team, the Veterans Administration HIV Health Education Group and numerous other groups. A grandmother and ordained woman of faith, Cecilia works to share hope, inspire vision and move forward with purpose.