Welcome to the 6th Annual POZ Awards, spotlighting the best of HIV in media and culture.

In small town Arkansas in 1986, a young single mother, Ruth, finds herself caring for young men afflicted by this still mysterious and deadly disease called AIDS. Her heart called to her to care for them at a time when few would, nursing them, helping them found housing or jobs, or arranging funerals for them. She was a compassionate soul who was at the forefront of the AIDS crisis, and who became a warrior in the fight against AIDS. In All the Young Men, Ruth tells her own remarkable story, while honoring the memories of the lives of the men she helped. It’s a beautiful memoir, telling of a woman who stepped up with love at a time and place where it was most needed.

Let the Record Show: A Political History of ACT UP New York, 1987-1993 by Sarah Schulman

Longtime AIDS and queer activist Sarah Schulman uses the interviews she conducted for the online ACT UP Oral History Project to compile her view of the tempestuous, yet ultimately powerful combination of passionate activists that made up ACT UP in the dawn of AIDS in New York City. Schulman, herself a member of the group, gives exquisite images of the characters and dynamics that lead to political actions such as the protest against the Catholic Church in 1989 at St. Patrick’s Cathedral, or the direct actions at Grand Central Station, Wall Street, and the Centers for Disease Control. Her view of this time in our HIV history is vital for the record and refreshing to get a female perspective on ACT UP.

My Unexpected Life: an international memoir of two pandemics, HIV and COVID-19 by Martina Clark

Martina Clark was diagnosed with HIV when she was 28 and was told she had five years to live. With her life plans waylaid, she dove into activism. She had no idea that it would lead her into an international career, becoming the first person living with HIV to work for UNAIDS in 1996. Her career led her all around the world spreading HIV facts and advocacy, educating everyone from students to dignitaries to hotel housekeepers. In the book, she weaves in parallels between the HIV pandemic and our newest virus, COVID-19. She movingly tells her inspiring story with humor and insight. As Martina said on her blog, “At times I was a complete asshole. But I’m still here, and I’m privileged to get to share my story.”

Where We Go From Here by Lucas Rocha

This debut novel for young author Lucas Rocha is a beautiful work about three young adults in Rio de Janeiro, Brazil who’s lives become intertwined in the face of HIV. Rocha got the idea for the book while working in the Brazilian Office of Health Studies and came across an article that piqued his interest. The piece spelled out how the people in that country have a lot of misconceptions and prejudices when it comes to HIV and the people living with it, and Rocha wanted to do something to help combat this. The result is an engrossing novel about friendship, love and stigma, and highlights how far the world has come when it comes to HIV, and how far we have left to go.

(A special shout-out to Never Silent: ACT UP and My Life in Activism by Peter Staley. Its publication date of October 2021 just missed our deadline for this year, but no doubt the book will make it to the 2022 POZ Awards!) 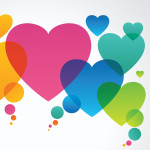