BEST IN FILM OR TELEVISION

The impact of illness has always been more acute in poor minority populations and most heartbreaking among the youth of those populations. In the early days of HIV, when many medical professionals shied away from the mysterious illness, James Oleske, MD, a young immunologist and infectious disease specialist in Newark stepped up. Directed by Joseph Dorman, this film tells the story of Oleske and his work in the early 1980s. Before the virus even had a name, he noticed that babies were suffering from the mysterious illness that at the time was being seen only in gay men and IV drug users. Medical specialists and even his mentor thought Oleske’s discovery was medically impossible, but the independent doctor refused to back down. He was the first to discover HIV in children, which rendered him a leader in combating the virus in children around the world. The film premiered on PBS and is available for streaming on Amazon Prime.

This coming-of-age dramedy is a modern HIV story from writer-director Jared Frieder and produced by MTV Entertainment. The movie introduces an adorable but caustic teen named Caleb (Troye Sivan) who has a one-night stand to celebrate his high school graduation and later finds that he’s been exposed to HIV. His doctor advises him that he’ll need to be tested several times over the next three months to be certain of his status. Caleb joins a support group, where he meets Estha (Viveik Kalra), who is also awaiting HIV test results. The two embark on a sweeping, if a little chaste, romance as they help each other get through the worrisome time. With a supporting cast that includes Oscar winners Ellen Burstyn and Louis Gossett Jr. and Broadway veteran Javier Muñoz, the film is refreshing in that it depicts a young gay romance and shows that although HIV can be scary, it is not a death sentence.

Released on Netflix in late July, this gay comedy from cocreators Darren Star (Sex and the City) and Jeffrey Richman (Modern Family) stars America’s gay sweetheart, Neil Patrick Harris, as Michael, a gay realtor in New York City who is dumped by his longtime boyfriend (the dreamy Tuc Watkins) in the first episode. This first season follows Michael as he navigates the world of hookup apps and dating as a newly single 40-something gay man with help from his gay besties, Billy and Stanley (Emerson Brooks, Brooks Ashmanskas), fabulous older neighbor (André De Shields) and favorite gal pal and business colleague Suzanne (Tisha Campbell). Although the series doesn’t include any character living with HIV (that we know of yet), it mentions HIV in some of its dialogue, which is novel in a major media production. It’s also refreshing to see a gay comedy that treats subjects like condoms, PrEP (pre-exposure prophylaxis) and treatment as prevention as normal topics to discuss with friends and sex partners. And all eight episodes are worth bingeing just to see Marcia Gay Harden eat the scenery as spoiled rich bitch Claire! 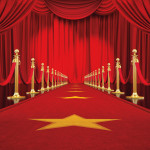 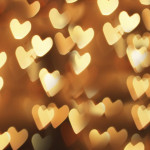 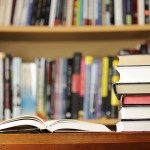 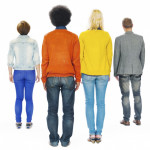