In this episode of POZ at Home (watch video above), host Oriol R. Gutierrez Jr. has a conversation with Mark S. King, Venita Ray and Charles Sanchez about how they are coping during the coronavirus pandemic while living with HIV.

The “I Know I’m Enough” parody music video (watch video below) starring Mark S. King and Charles Sanchez made its world premiere during this episode of POZ at Home.

Read the panelists’ bios below, and click on the covers to read the feature story in POZ magazine. 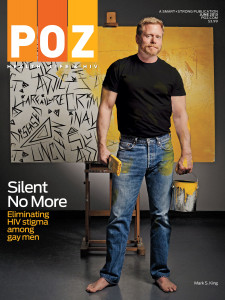 Mark S. King is an award-winning blogger, author, speaker and HIV/AIDS advocate who has been involved in HIV causes since testing positive in 1985. His blog, My Fabulous Disease, has been nominated for five consecutive GLAAD Media Awards (2015 to 2020) and was awarded the National Lesbian and Gay Journalist Association’s Excellence in Blogging honor in 2014 and 2016. 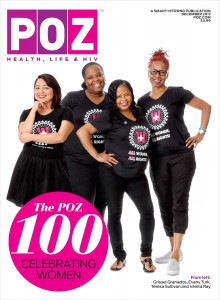 Venita Ray is the deputy director of Positive Women’s Network—USA. She previously served on the organization’s board of directors and has more than 20 years of experience working on social justice issues—including affordable housing, environmental justice, health care and HIV—in underserved communities. 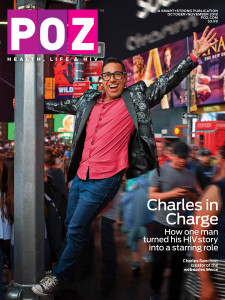 Charles Sanchez is a gay HIV-positive writer, performer, director and activist living in New York City. He is a cofounder of Skipping Boyz Productions and conceived, writes and stars in the musical comedy web series Merce, which was named Best HIV/AIDS Content at America’s Rainbow Film Festival in 2016 and won the Audience Award for Short Film at the 2017 Kaleidoscope Film Festival.