Fred Hersch is a widely acclaimed jazz musician. He has earned eight Grammy Award nominations, including Best Jazz Album and Best Improvised Jazz Solo for his release Alone at the Vanguard. That CD documented his second solo run at the Village Vanguard jazz club in New York City. He was the first solo pianist to play a weeklong engagement at the Vanguard. He also is a longtime music educator and mentor.

Hersch started his career in music quite early. He began playing piano when he was 4 years old and started composing when he was 8. Hersch has found acclaim not only as a solo artist, but also for his duos and trios. Floating, his most recent trio album with bassist John Hebert and drummer Eric McPherson, was nominated for two Grammys—Best Jazz Album and Best Jazz Solo.

Diagnosed with HIV in 1986, Hersch has since faced serious health challenges, including dementia and a two-month coma, which inspired his jazz theater composition My Coma Dreams. He came out as an HIV-positive gay man in 1993 in advance of Last Night When We Were Young: The Ballad Album, a benefit recording he produced for Classical Action: Performing Arts Against AIDS.

He has been an active spokesperson and fundraiser for HIV/AIDS, raising more than $300,000 through benefit recordings and concerts. Many, but not all, of those fundraisers have benefitted Classical Action, which is now a program of Broadway Cares/Equity Fights AIDS. For example, proceeds from the My Coma Dreams DVD go to the Treatment Action Group (TAG). Full disclosure: His partner, Scott Morgan, is TAG’s deputy executive director.

Hersch released his latest CD, Fred Hersch Solo, in September. He celebrated his 60th birthday by playing for a week in October with his current trio at the Vanguard. He also is on the 2015 POZ 100 (click here to see the list). Crown/Random House is scheduled to publish his memoir in 2017.

Tell us about your journey of living with HIV for three decades.
I’m not sure where or from whom I got the virus. I know people who know exactly where and by whom. I think that would be much more difficult to live with knowing: “Gee, if only I had not done that one thing.”

Stonewall was ’69; I moved to New York in ’77; it was the height of the gay party. There were certainly people back then who were monogamous or coupled up or not promiscuous, but I was not one of those people.

1986, when I tested HIV positive, was also the year of my first recording as a bandleader with the Fred Hersch Trio. So from ’86 until 2008, I was justifiably concerned that every recording that I made would be my last one.

I went through many years of unchecked viral activity, which led to some light cases of PCP [Pneumocystis pneumonia]—not any requiring hospitalization—things like Molluscum warts (which were disfiguring), what we used to call “Crix belly,” lipodystrophy, lipoatrophy, weight loss, loss of salivation, which led to loss of appetite. This went on for a long time.

In December 2007, I took what we used to call a “drug holiday,” a strategic therapeutic interruption, because I was in such terrible shape—unable to eat, thin—and the doctor said to take a couple weeks and see if you can restart yourself. HIV attacked my brain. I had millions of copies of the virus in my brain, and I got dementia.

I was admitted to St. Vincent’s Hospital in New York City on New Year’s Eve day in 2007. Two new antiretroviral drugs were then added to what became a six-drug combination. Within a few months, my viral load became undetectable, and it is still undetectable.

With the exception of my two-month coma in 2008 that was due to pneumonia unrelated to HIV, I’ve had excellent health the past couple of years, diabetes complications notwithstanding.

What was the aftermath of coming out as both gay and HIV positive in 1993?
It was a huge media thing. I was in mainstream news outlets like CNN and Newsweek, in lots of gay magazines and music publications. At that time, [the director, choreographer and dancer] Bill T. Jones had come out about being an HIV-positive gay performing artist, but very few people had.

I’ve become in a way the poster person for gay jazz artists and for HIV in the jazz community. Music comes first, and also my personal life, but I still continue to talk with LGBTQ groups on the college and high school levels, at community centers. It’s an important part of what I do.

When it comes to my music since then, I don’t consider that I compose or play “gay” music. I don’t think there is such a thing, unless someone is singing a love song to a same-sex partner or a person of the same gender. Music is music. I happen to be gay; I happen to have HIV. I’m mostly in the jazz world, but I also have a foothold in the classical music world and the world of musical theater, and so on. 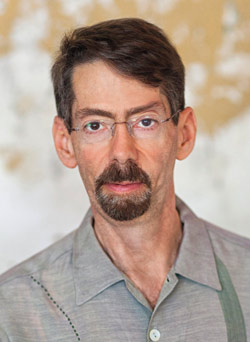 What has changed since your coma?
I’m speaking from much more of a position of gravitas. I’ve used my coma in an artistic way in a jazz theater piece, My Coma Dreams. I’ve used my experience. When I had dementia, I really wanted to die. But when I got out of my coma, I was really determined to live, get back to the piano, get back to being an artist.

I didn’t know that I would be able to play at an elite level again, but I think since the coma—and this has been borne out by people whom I work with, people who know my music, people I respect, and even how I feel playing music now—I feel like I’m playing better than I did before.

My improvised playing is looser, more connected. Somehow that experience got me more focused. And it’s not like I get up and practice six hours a day. When I’m playing, I’m much more able to be fully present than I was before the coma, when I was kind of trying a little too hard. Now I allow things to happen.

It’s also the perspective of being 60. When you get to a certain point, chronologically, you should become a little more comfortable with yourself, and I work at that. I meditate pretty much every day, and I try to be in touch with myself the best that I can, and that helps me on and off the bandstand.

I’ve also had a stable relationship for 14 years. I never thought that I would have that in my life.

So now I just say, “I’m a person living with HIV/AIDS.” It’s a continuum that covers both. Yes, I’ve had AIDS; I’ve dealt with a lot of serious problems resulting from my viral infection. But right now it’s in check. For a long time I said I just had HIV, even when my CD4 count was low, because I’d not been hospitalized, or I’d not dealt with an opportunistic infection. So, it’s a sliding scale, and I think it’s a personal choice.

Tell us about your memoir, due out in 2017, and what else is next for you.
The title of my memoir, Good Things Happen Slowly, came from something my partner, Scott, was told in 2008 by a doctor when I was in the intensive care unit. She said, “In the ICU, good things happen slowly, but bad things happen really fast.”

The title has a dual meaning. Some terrible things have happened to me, but in the end really good things are happening for me, and it has taken many years.

Also, filmmakers Carrie Lozano and Charlotte Lagarde are making a documentary, due out in 2016, with a working title of The Ballad of Fred Hersch. It’s about all the aspects of my life, but it’s primarily about Fred the musician.