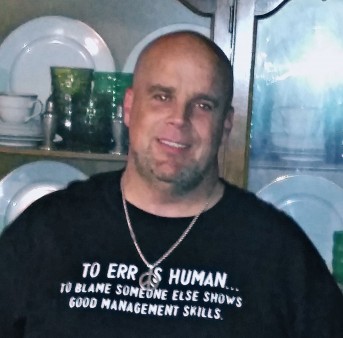 Three years ago, plagued by a series of health problems and suspecting he had HIV, Billy Duckett was afraid to get tested for the virus. “I didn’t realize that HIV was treatable,” recalls the 45-year-old resident of Greenwood, South Carolina. “I had no idea of the federally funded programs that [help you battle] the disease. And I had no idea that people can accept you. So I chose to not know if I had it.”

He regrets that decision, he says, because an earlier diagnosis would have saved him a lot of trouble. The first red flag was a syphilis diagnosis (he got treatment right away). That was followed by a thrush infection of the mouth, rashes and rapid weight loss—from 210 pounds to 140. Finally, he asked for an HIV test and learned his status. “My life continued to spiral out of control,” he says, noting that he did not start treatment. “I lashed out at people at work. I had to confront my family—my father plus I have four brothers and sisters—we’re in the South, and I’m like, ‘I have AIDS and I might die.’” Soon, he was hospitalized with double pneumonia. That’s when he got the HIV treatment and education he needed.

Today, to Duckett’s surprise, he is undetectable and thriving despite his HIV status. He’s able to enjoy life with his husband—the two have been together over 25 years and have a grown son (Duckett’s husband recently faced his own fears and got tested; he’s HIV negative). Even Duckett’s “redneck” family members, he says, have shown their support.

What’s more, Duckett now volunteers at the Upper Savannah Care Services, where he is a speaker, and Palmetto AIDS Life Support Services (PALSS), where he offers pre- and post-test counseling and even administers HIV tests. It’s his personal way of giving back and getting the word out. He even got an HIV-themed tattoo on his leg.

“To prevent HIV, we need more outreach,” Duckett says. “I would have never gotten sick had I gotten tested and treated. I’m kicking myself for it, but I try to make up for it by volunteering.”

To read more about Duckett and other POZ Stories or to tell your own tale of empowerment, visit poz.com/stories.