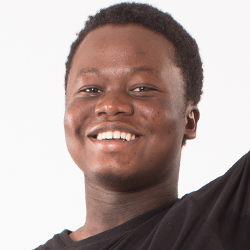 Born in Togo, Jacques Agbobly moved to the United States with his family when he was 9 because they sought HIV treatment for a family member. The adjustment wasn’t easy. Teased for his accent, skin color and sexual orientation (he is gay), Jacques could have imploded. Instead, in eighth grade he produced an anti-bullying PSA. Jacques was invited to speak about stigma at the national convention for Facing History and Ourselves, and he earned a Colin Higgins Foundation Youth Courage Award and scholarship. Currently a student at the Chicago Academy of the Arts, he will participate in the 27th National Conference on LGBT Equality: Creating Change in Denver in 2015. 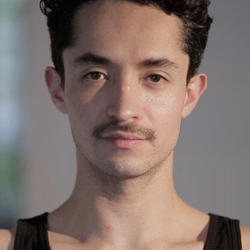 Pablo Aguilera
Amsterdam, The Netherlands  |  29
HIV Positive
Pablo Aguilera is the executive director of the Amsterdam-based HIV Young Leaders Fund, which provides small grants and technical assistance to youth-led HIV initiatives around the world focused on young people affected by the virus. Born in Mexico, Pablo is a co-founder of the Latin America & Caribbean Network of Young People Living with HIV and is one of the driving members of the Y+ Program, which is an initiative by the Global Network of People Living with HIV (GNP+). Previously, he was the HIV program director of Espolea, a non-governmental organization serving youth in Mexico City. 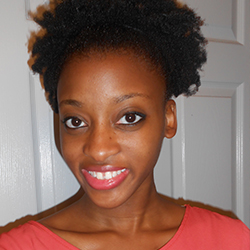 Charisse Ahmed
Gainesville, FL  |  21
HIV Positive
When Charisse Ahmed was 14, her mother died of AIDS-related pneumonia, yet Charisse was unaware of her mother’s HIV status until she was 17. Three years later, Charisse was diagnosed with HIV while working as an intern for the Minority Health Consortium, an organization in Virginia that provides HIV testing, prevention and linkage-to-care services for high-risk minority groups. The experience made her a stronger advocate. In 2014, Charisse served as a Youth Ambassador for National Youth HIV and AIDS Awareness Day. This summer she did HIV-related research in Swaziland as a research trainee within the Minority Health International Research Training Program at the University of Alabama at Birmingham School of Public Health. Charisse now works as an outreach worker for the Minority AIDS Program in Florida where she coordinates a teen prevention network. 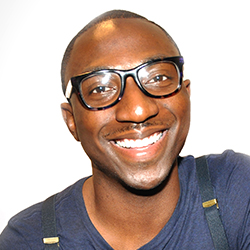 Guy Anthony
Washington, DC  |  28
HIV Positive
After testing positive in 2007, Guy Anthony had such a bad experience with his health care provider that he dropped out of care. Later, while volunteering at LGBT support group AID Atlanta, a nurse gave him a much-needed healing message: “You’re worth it!” He soon returned to care, and today he’s a treatment adherence specialist for Us Helping Us. He’s also the author of Pos+tively Beautiful: A Book of Affirmations + Advice & Advocacy, a collection of essays on life as a young, black, gay, HIV-positive man. Through his writings and his work, Guy tells all those living with the virus: “You’re strong. You’re worth it. You’re fearless. You’re wise. And most of all, you’re beautiful—just the way you are!” 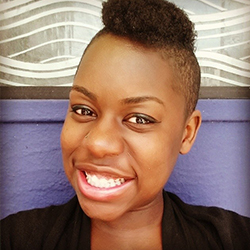 Tranisha Arzah
Seattle, WA  |  24
HIV Positive
For peer advocate Tranisha Arzah, her struggle growing up HIV positive is what fuels her determination to help those who aren’t yet empowered. She recently attended her second United States Conference on AIDS as a National Minority AIDS Council youth scholar. In April, Tranisha and a team of other youth leaders triumphed when the mayor of Seattle declared it Youth HIV/AIDS Awareness Month. She’s also a project coordinator, camp counselor, mentor and youth outreach participant. Tranisha works at BABES Network–YWCA where she’s become a fierce HIV activist who gives and gets inspiration by sharing her story with others. 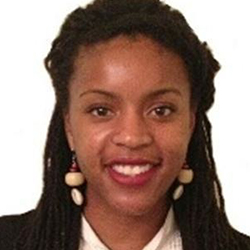 Josephine Ayankoya
Los Angeles, CA  |  29
HIV Negative
Josephine Ayankoya is a master in public health candidate at Emory University, and she’s been a health activist and educator throughout her academic career. As a pre-med student at the University of California, Berkeley, Josephine organized rallies, events and film screenings about HIV/AIDS in her spare time. Josephine has worked with organizations such as the Black AIDS Institute and AVAC’s PxROAR program, which trains advocates on the latest biomedical advancements in HIV prevention tactics. She hopes to go into health education with a focus on infectious diseases and the social determinants of global health disparities. 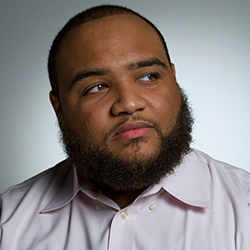 Darion Banister
Nashville, TN  |  24
HIV Negative
Darion Banister uses his empathy, energy and intellect to help men who have sex with men (MSM) in the South access HIV counseling and testing services. As an HIV prevention specialist who focuses on social network strategy at Nashville CARES, he uses social media and personal outreach to recruit MSM peers who train as volunteers and in turn help others get tested and connected to care, not just for HIV but also for substance abuse, mental health, housing and employment issues. Because of Darion, more people, regardless of their HIV status, attain better health and happiness as we move toward an AIDS-free generation. 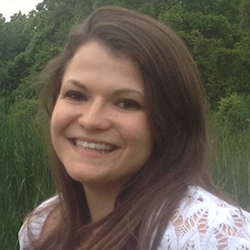 Rachelle Barbis
Albion, NY  |  22
HIV Negative
Rachelle Barbis is a linkage assistant for PathStone, an organization helping low-income families and economically depressed communities in New York, Pennsylvania, New Jersey, Ohio, Indiana, Virginia, Vermont and Puerto Rico. Rachelle helps HIV-positive parolees of the Albion Correctional Facility for women in upstate New York transition back into the community by setting up appointments for housing and case management and by working to ensure their health benefits. She negotiates no-cost agreements with health care providers and other related service providers to accept referrals of parolees, and she also participates in case management and discharge planning for inmates. 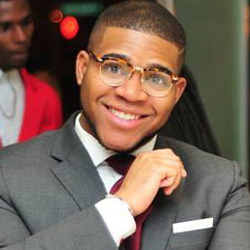 Devin Barrington-Ward
Washington, DC  |  24
HIV Negative
As chief of staff for Georgia State Representative Keisha Waites, Devin Barrington-Ward worked with advocates to eliminate the waiting list for that state’s AIDS Drugs Assistance Program (ADAP). Next, he served as director of communications for DC Councilmember Mary Cheh. Today, Devin is the health equity fellow at the National Coalition of STD Directors, where he spearheads efforts to reduce stigma in public health practices and to address health disparities among marginalized groups of men who have sex with men (MSM). As a member of AVAC’s Domestic Advocacy Program, Devin focuses on hosting policy symposiums with state legislators to help develop prevention policies that will increase access to biomedical prevention tools like pre-exposure prophylaxis (PrEP). 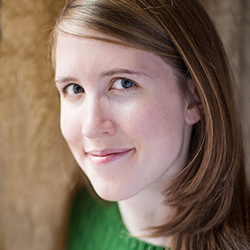 Marguerite “Margie” Basilico
Cambridge, MA  |  26
HIV Negative
Margie Basilico has put herself in the limelight and on the line in the global fight against HIV/AIDS. She has been arrested multiple times for her activism. As an undergrad, Margie was a key player at Harvard University’s Student Global AIDS Campaign, which was instrumental in pushing President Obama to keep his promise on global AIDS funding. The group worked to stop a 2010 proposal to cut $1.5 billion from global AIDS programs. Margie is bridging her health activism and policy career with health expertise by attending medical school. When she’s not studying, she still acts as a key adviser to students interested in AIDS activism. 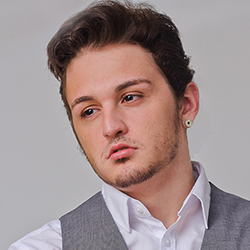 Dakota Basinger
St. Cloud, FL  |  21
HIV Positive
In March, Dakota Basinger took a home HIV test and found out he was positive. That night, he felt suicidal, but a week later, he wrote and recorded “My Best Friend,” a hip-hop track based on his experiences. As a way to disclose his status to the world, the budding rapper posted the song on Facebook. Reactions were mixed. He was kicked out of a local basketball game, which brought media attention to the issue, but he was soon allowed to play again and his teammates remained supportive. After receiving Facebook messages from youth across the globe, Dakota found a calling to attack stigma and educate others as both an advocate and an artist. 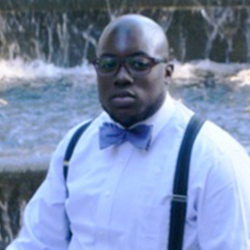 Michael David Battle
Munhall, PA  |  26
HIV Negative
Michael David Battle is the founder and director of the Garden of Peace Project, which brings attention to disparities in the lesbian, gay, bisexual, transgender, queer or questioning, intersex, asexual or ally (LGBTQIA) community and among people living with HIV/AIDS in southwestern Pennsylvania. He lives openly as a pansexual, intersex, black and Native American man of trans experience. Michael also founded Story Tellers, a group dedicated to educating communities by telling the stories of LGBTQIA people and HIV-positive people. He holds a master’s degree in public administration from Barry University with a focus on LGBTQIA disparities. 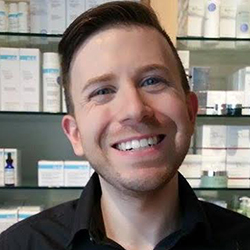 Benjamin Beaury
Arlington, VA  |  29
HIV Negative
For several years, Benjamin Beaury has volunteered on a weekly basis with the DC Center for the LGBT Community in support of FUKiT, a grassroots community-based prevention program aimed at stopping the spread of HIV and other sexually transmitted infections. The program distributes safer sex kits to local gay bars and other public venues where men who have sex with men (MSM) socialize. The program also has a safer-sex website to educate MSM on sexual responsibility. Brandon assists with fundraising efforts and also recruits diverse groups of volunteers who have compiled nearly 100,000 safer sex kits in the past year. This year, he received the DC Center Volunteer of the Year Award along with his service partner, Brandon Corbin. 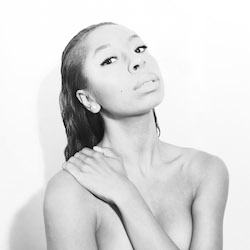 Kia Michelle Benbow
New York, NY  |  24
HIV Positive
Kia Michelle Benbow, a.k.a. Kia LaBeija, is a young woman living with HIV who lost her mother to the epidemic. She is a performer, photographer, artist and community leader who uses her talents to raise awareness for issues surrounding HIV/AIDS. The native New Yorker and member of the iconic House of LaBeija is an alumna of the Juilliard School and the Ailey School, where she learned to dance at an early age. She is also the founder of the NYC-based art collective GrenAIDS, and her thought-provoking work includes taglines like “AIDS isn’t racist, you are // AIDS isn’t homophobic, you are.” Kia also speaks openly about her status and the effects of the virus, the medication and the stigma on her life. 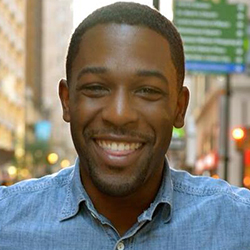 Antonio Boone
Philadelphia, PA  |  24
HIV Positive
Antonio Boone was a junior in college when he was diagnosed with HIV. Within two years he became a community leader, an HIV funding advocate and a full-time HIV counselor at Philadelphia FIGHT. He formerly worked with the Sexuality with Education and Truth Project, which supports HIV-positive gay and bisexual men between the ages of 18 and 30 and is dedicated to eliminating stigma. Antonio has been featured in local news media and frequently speaks publicly about his experiences as a black, gay, HIV-positive man. He is involved in the Philadelphia HIV Prevention Planning Council and participated in AIDSWatch 2013. Antonio is compassionate and inspires others with his honesty and openness about his own HIV status. 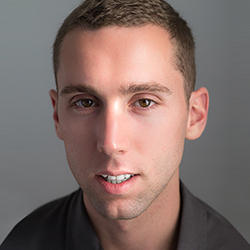 Ian Bradley-Perrin
Montreal, Canada  |  25
HIV Positive
An academic and an HIV-positive provocateur, Ian Bradley-Perrin understands the power of images and graphic design. He and Vincent Chevalier sparked a heated conversation between HIV communities and generations earlier this year with their poster titled “Your Nostalgia Is Killing Me.” Later, he and Avram Finkelstein (who helped design the legendary 1987 “Silence = Death” slogan) hosted a workshop to create art about HIV criminalization. Ian is working on his master’s degree, and he organizes the Plus ou Moins HIV/AIDS conferences in Montreal. He is also the coordinator of the Concordia University HIV/AIDS Project, the oldest inter-disciplinary academic HIV project in North America. 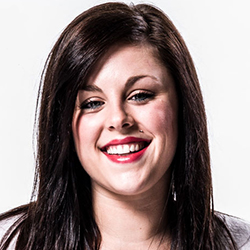 Katy Byrtus
Portland, OR  |  26
HIV Negative
The death of her uncle in 1998 is what motivates Katy Byrtus’s work in HIV today. As the coordinator of Cascade AIDS Project’s employment program, Working Choices, she helps people who are living with HIV and struggling with economic stability find a path to self-sufficiency by honing in on their strengths and pushing career development goals. Previously, Katy interned at the HIV Alliance in Eugene, Oregon, where she assisted with weekly dinners, helped out at a local syringe exchange and provided support services for the HIV-positive community. She has also raised more than $2,000 for Portland’s AIDS Walk over the past two years as a team captain.