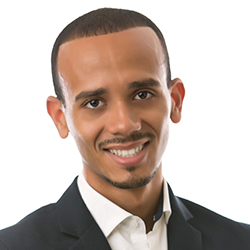 
Gabriel Maldonado is the CEO and executive director of TruEvolution Inc. and founder of the organization’s OutAIDS Youth Project. As an advocate for LGBTQ rights, he uses prevention programs and policy reform to address social factors that lead to higher rates of HIV/AIDS in LGBTQ communities of color. Gabriel is the youngest openly gay appointed official in Riverside County; he serves as commissioner on the Human Relations Commission and is a member of the Inland Empire HIV Planning Council in Riverside. He is also a member of the LGBT Advisory Board for Congressman Mark Takano. In addition to being transparent on his experience living with HIV, Gabriel is a survivor of domestic violence who grew up in a low-income household. He is keenly aware of the challenges in addressing public health issues for underserved people of color, and is he dedicated to organizing, educating and mobilizing communities to address the social determinants impacting the prevalence of HIV/AIDS. 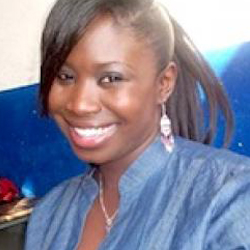 Rumbidzo Mapfumo
Harare, Zimbabwe  |  28
HIV Negative
Rumbidzo Mapfumo has been a volunteer with the TESHE Young Women’s Movement since 2011. Derived from a word in the Ndau dialect meaning “together,” TESHE stands for “Transcending marginalization and exclusion, Equality for all young women, Sustainable livelihoods, Hope for a brighter future and Empowerment in all spheres.” In her role, Rumbidzo has assisted with providing psychosocial support to sex workers and others at risk of contracting or living with HIV/AIDS. She has met with President Robert Mugabe to advocate for LGBT people and sex workers on issues related to HIV/AIDS. A former AVAC fellow, she holds a bachelor’s degree in social work from the University of Namibia. 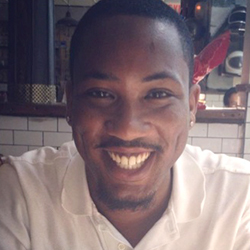 Steven-Emmanuel Martinez
Brooklyn, NY  |   26
HIV Negative
In the summer of 2008, Steven-Emmanuel Martinez joined the POZ staff as an intern. Since then, he has worked as an HIV educator at GMHC and as a health promotion and HIV prevention associate for the Gay Men of African Descent HIV Anti-Stigma Program. He was a health services and resident support services fellow at the New York City Housing Authority, and he interned at AIDS Healthcare Foundation, In the Meantime Men’s Group and the White House. Most recently, Steven was the program assistant at AVAC and worked to reduce the rate of HIV infections in young minorities of color. Today he is earning his second master’s degree at Brown University’s School of Public Health and is directing a multi-platform video project that profiles HIV-positive black and Latino gay men. Steven was selected as a 2014 NMAC Youth Scholar and blogs regularly on the Huffington Post. We can’t wait to see what he does next. 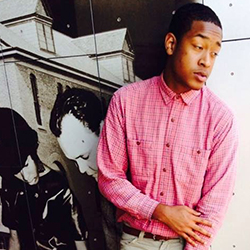 Antwan Mathews
Jackson, MS  |  21
HIV Positive
Antwan Mathews found out he was HIV positive the day before his 20th birthday. After connecting to care at the Open Arms Healthcare Center in Jackson, he formed an HIV awareness and education group at Tougaloo College where he is currently a student. As a young, black, gay man, Antwan wanted to reduce the stigma around HIV testing among college students in historically black colleges and universities (HBCUs). He is collaborating with others to form similar groups at other HBCUs. Antwan is the youngest member of the Mississippi HIV/AIDS Prevention Planning Council and impresses those who meet him with his ability to speak about his experiences. 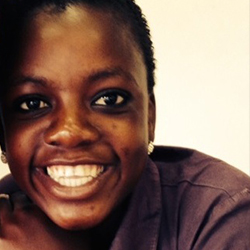 Loyce Maturu
Harare, Zimbabwe  |  22
HIV Positive
Loyce Maturu was born with HIV and has been on anti-retrovirals for the last decade. She tested positive for HIV after her parents died of AIDS-related causes, and since then, she’s taken the AIDS advocacy world by storm. She is a volunteer peer counselor, trainer and advocate with Africaid’s Zvandiri program in Zimbabwe and has been at the forefront to fight stigma and discrimination on both the national and international levels. This year, she spoke about treatment for adolescents with HIV at the 67th World Health Assembly, and she was recently inducted into the World Health Organization’s Y+ Initiative. She says her goal is to eventually work as a TV presenter so she can advocate globally on behalf of children and young people, especially those living with HIV. Loyce also hopes to become a professional counselor to help other HIV-positive youth become healthy and confident and able to follow their dreams. 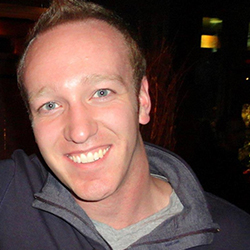 Ian McMahan
Salt Lake City, UT  |  26
HIV Negative
Since 2011, Ian McMahan has volunteered at Utah AIDS Foundation, where he plays pivotal roles in the HIV testing and prevention counseling services. He even pursued training certification in his free time so the foundation could offer the innovative Testing Together program, which allows couples to get tested for the virus simultaneously. Volunteering two or more times a week, he mentors peer trainers, helps plan the Salt Lake AIDS Walk, raises money for prevention programs and helps out with a variety of other events and fundraisers. For Ian, no task is too great or too menial if it will help eliminate HIV stigma and misinformation. 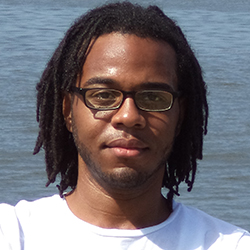 Marcus McPherson
Crystal Springs, MS  |  29
HIV Positive
By telling his story on social media, and recently in a TV ad for the Mississippi State Department of Health, Marcus McPherson helps reach out to HIV-positive youth in his community as directly as possible. He was diagnosed while finishing a graduate program in public policy administration at Jackson State University, which pushed him to broaden his career goals. Marcus got involved with My Brother’s Keeper, a support group designed for people living with HIV/AIDS, and later he became a member of the Black Treatment Advocates Network. This fall, Marcus entered New York University’s PhD program in sociology, where he plans to study topics like social stratification and HIV criminalization. 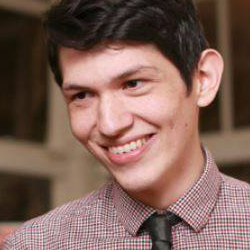 Edgar Mendez
Portland, OR  |  24
HIV Negative
In the fight against AIDS, Edgar Mendez is not afraid to draw blood. Literally. That’s because, in addition to working as a youth technology specialist for Cascade AIDS Project, he’s also a phlebotomist. Mendez is a member of Cascade’s CHATpdx peer-education program, which uses testing, social media and community partnerships to lower HIV rates and raise awareness among youth. He’s also a lead organizer of the annual Oregon Queer Youth Summit. Approaching his work through a holistic lens, Edgar aims to knock down the health barriers HIV-positive young people face, including stigma, social exclusion and lack of housing. No wonder NMAC recognized him twice as a USCA Youth Scholar. He’s now on the steering committee for USCA’s youth scholar initiative. 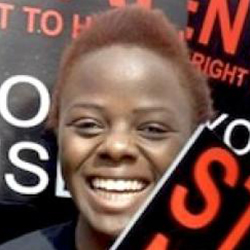 Maureen Milanga
Nairobi, Kenya  |  26
HIV Negative
Maureen Milanga started her advocacy in 2007 by helping women living with HIV who were affected by post-election violence in Kenya. After earning a diploma in law from Inoorero University, she joined the AIDS Law Project of Kenya in 2012 and fought intellectual property policies that threaten access to HIV treatment. She also has worked to make sure political leaders and their parties adopt recommendations made by people living with HIV, which were gathered in a document called the PLHIV Manifesto. In 2013, she was chosen as an AVAC Fellow. Maureen now works as a campaigns and policy coordinator for Health GAP to ensure that countries provide quality care to all people living with HIV, and she works to increase the voices of key populations to increase access to services. As Maureen works to preserve funding for HIV care for women and for the prevention of mother-to-child transmission of the virus, she is also helping shape Kenya’s new national AIDS strategy. 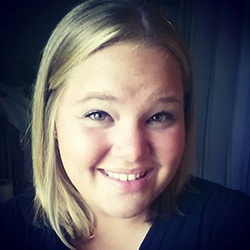 Brianna Milleville
Albion, NY  |  23
HIV Negative
Brianna Milleville serves as the Positive Pathways advocate within the Albion Correctional Facility. Positive Pathways is a program that develops innovative strategies and practices to identify new and existing cases of HIV within the prison system. Brianna works to reduce the stigma associated with HIV and gives incarcerated women the strength and tools they need to face any situation. She encourages HIV-positive women to access medical care and treatment while they are in prison, but her support does not end when the women leave. She links them to medical care upon their release and follows up with them for six months to make sure they have the support they need. 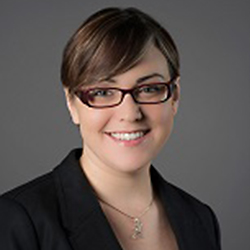 Briana Morgan
Philadelphia, PA  |   29
HIV Negative
Briana Morgan is a health planner and website coordinator at the Office of HIV Planning in the Philadelphia Department of Public Health. She supports community planning for HIV care and prevention in the greater Philadelphia area by doing research, sharing information and resources, conducting outreach, designing tools, analyzing data, organizing committee meeings and facilitating collaboration across the HIV system. Briana also leads the Needs Assessment Committee for the Pennsylvania HIV Planning Group. She maintains the Office of HIV Planning’s web presence, incluing its website, social media, email marketing and online tools. She is working with both the Philadelphia Department of Public Health and Code for Philly to create a web-friendly version of an annual epidemio-logic profile. 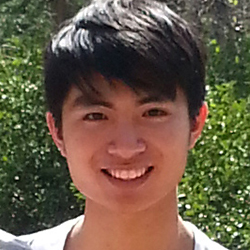 Quang Nguyen
Durham, NC  |  21
HIV Negative
Quang Nguyen is an undergraduate researcher at the Duke Human Vaccine Institute. Majoring in cell and molecular biology at Duke University, Quang says his goal is to become an infectious disease doctor and an HIV/AIDS immunologist. At the Duke Center for HIV/AIDS Vaccine Immunology and Immunogen Discovery, he investigates the antiviral immune protection in African green monkeys, a natural host of the simian immunodeficiency virus (SIV), which is a cousin of HIV. He will conduct his senior thesis on this research. Thanks to Gates Millennium and Greenhouse scholarships, as well as support from the National Association for the Education of Homeless Children and Youth, he was able to join the National Institute of Allergy and Infectious Diseases as an HIV summer research fellow. Originally from Vietnam, Quang also seeks to increase his HIV/AIDS activism in LGBT communities of color. 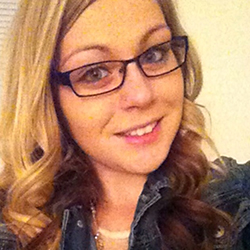 Jamie O’Toole
Albion, NY  |  25
HIV Negative
There are approximately 3,500 HIV-positive individuals in New York State correctional facilities, yet the Department of Corrections and Community Supervision Health Services division know about only 40 percent of them. To help reach the female population at Albion Correctional Facility, Jamie O’Toole, the public health educator at PathStone, developed and runs a program called R.E.A.C.H. All inmates complete a four-day program (conducted by Jamie) that teaches them about HIV and women’s health and gives them a chance to get tested and to learn how to empathize with each other. This helps the women relate better to other inmates and encourages peer educators to take their knowledge out to the communities, where they fight stigma and spread knowledge. 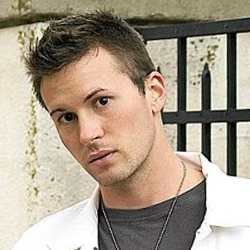 Blane Oborny
Shawnee, KS  |  24
HIV Positive
Blane Oborny is a charismatic individual who provides moral support for anyone in the community who is HIV positive and needs a shoulder to lean on. His diagnosis was a life-changing moment, and he promptly educated himself about the virus and became inspired to help others. Blane works full time as a car salesman while pursuing a degree in psychology and public health. He’s also working on starting a nonprofit organization that is geared toward the mental and physical well-being of people living with HIV. Blane is a selfless leader who never gives up and continues to fight for his goals and dreams of ending HIV stigma.