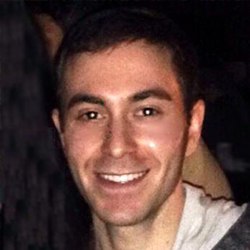 
In Kenya, religious decrees claim that condoms are immoral. In Indonesia, government groups have pushed to ban the prophylactics. To counter such messages and normalize condom use among youth, Yale graduate Jason Parad founded and directs the Condom Pledge, a nonprofit international group and social marketing campaign. The pledge calls for youth to promise to use condoms during sex and to publicize the contract within their social networks. The results? More than 40,000 youth in 60 countries have participated online, and thousands more have been empowered in on-the-ground efforts across sub-Sarahan Africa and Southeast Asia. Plus, the Condom Pledge group has overseen a World AIDS Day march in Sierra Leone. There’s even a music video and song: “I Took the Condom Pledge.” 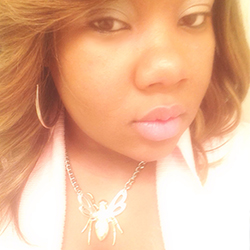 Byanca Parker
Dallas, TX  |  21
HIV Positive
Byanca Parker was born HIV positive but wasn’t diagnosed until she was 7 years old. Her mother passed away from AIDS-related complications three years later. Today, Byanca shares her story to help save lives and to motivate others to get tested and know their status. She uses social media to raise awareness and has appeared in Rise Up to HIV’s No Shame About Being HIV Positive campaign, which fights HIV-related stigma. Byanca also volunteers every summer at Camp Hope, the first camp for HIV-positive children in Texas. 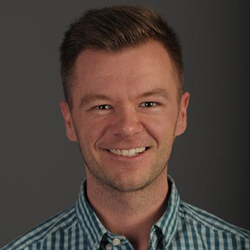 Mitchell Payne
Melbourne, Australia  |  24
HIV Positive
Mitchell Payne is the youngest-ever member of the board of directors of Living Positive Victoria, a nonprofit community-based organization in Melbourne, Australia. The organization seeks to empower people living with and affected by HIV/AIDS. Mitchell is an anti-stigma ambassador for the organization and coordinates a peer support group for young men living with HIV. He was an active member of the advocacy, messaging and design team of the Melbourne Youth Force at July’s AIDS 2014 conference. He also helped to draft the AIDS 2014 Youth Action Plan, which prioritized actionable youth-related goals. 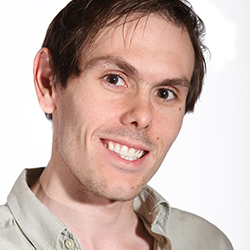 Robert Peraza
Las Vegas, NV  |  28
HIV Negative
Robert Peraza is the Vegas Mpowerment Project outreach coordinator at the Gay and Lesbian Community Center of South Nevada, a nonprofit community-based organization. In his role, he co-facilitates group conversations on emotional subjects, including sexuality, relationships and risk reduction for HIV and other sexually transmitted infections. Before he was hired in 2012, Robert volunteered for the project for four years and eventually served as the volunteer chair of HIV prevention outreach. He now coordinates the volunteer outreach team for the project, which conducts on-site activities at venues where at-risk populations gather. Robert aspires to earn a master’s degree in public administration. 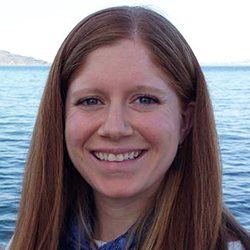 Kyla Pfeif
Fort Collins, CO  |  28
HIV Negative
Since starting as a prevention intern at the Northern Colorado AIDS Project five years ago, Kyla Pfeif has worked her way up to lead case manager at the award-winning community organization. She says her approach to fighting HIV hinges on challenging the effects of systemic margin-alization among her HIV-positive clients. In 2012, she won the Larimer County Volunteer Coordinator of the Year Award for her volunteerism and growth in her field. Kyla also recently co-presented a huge project on cultivating the next generation of HIV/AIDS social workers at the Boston School of Social Work Conference. 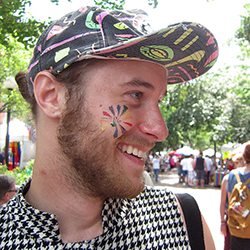 Samuel Pottebaum
Winterset, IA  |  26
HIV Negative
As a sister of the Missionary Order of the Midwest Sisters of Perpetual Indulgence, operating out of Iowa City, Iowa, where the sisters were founded, Samuel Pottebaum dispenses condoms, lube and safe-sex pamphlets in English and Spanish to bar patrons and people on the street in Iowa City and Des Moines. The Sisters of Perpetual Indulgence is part of an international order known for its LGBTQ health advocacy, theatrical costumes and fundraising events—in fact, Samuel works dressed in a nun’s habit. He helps connect people with testing at local health centers and AIDS service organizations, and he raises awareness for better sexual health strategies. He also raises money for local health organizations and helps operate a listserv for LGBTQ events in Iowa. 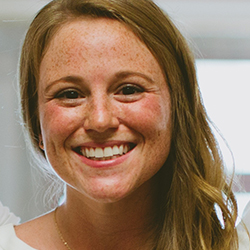 Cameron Raley
Asheville, NC  |  25
HIV Negative
Cameron Raley has become a local leader in HIV prevention efforts. Through her role as HIV prevention specialist for the Western North Carolina AIDS Project, she has increased and expanded community testing for HIV and other STIs and has also developed and fostered new and creative partnerships with local prisons, faith-based organizations and youth programs. Cameron works to increase awareness of the importance of advocacy among Appalachia’s marginalized, high-risk communities. She co-chairs the local school health advisory council and works with the Sex Workers Abatement and Rehabilitation Program to provide area sex workers with medical and mental health care and access to resources. Cameron also works with the Needle Exchange Program of Asheville to encourage and motivate the acceptance of harm reduction strategies in North Carolina through education, interventions, advocacy and resource development. 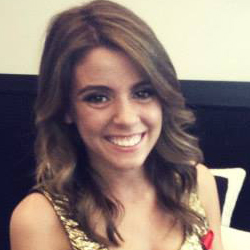 Paige Rawl
Indianapolis, IN  |  20
HIV Positive
Born with HIV, Paige Rawl has been fighting the virus all of her life. She has also fought the stigma and discrimination that often come with HIV. Within an hour of disclosing her status to one of her best friends in middle school, she was bullied for being HIV positive. Within a couple of weeks, everyone at her school knew her status. At the age of 15, she attempted suicide. Paige has since become a fierce advocate against bullying and speaks to children and adults across the country about its lasting effects. She even helped to pass anti-bullying legislation in Indianapolis. Paige also speaks about HIV/AIDS awareness. Her memoir, Positive, was published in August and was chosen for the TODAY show’s book club. 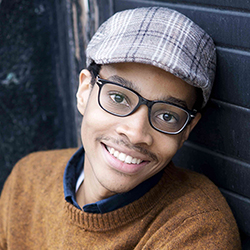 Jonathan Reveil
Boston, MA  |  25
HIV Negative
As a public health worker at the Fenway Institute, Jonathan Reveil reaches out to communities all over Boston to help engage young people in HIV prevention and clinical trials. Over the years, he has coordinated events to urge church groups and faith leaders in his community to show more compassion toward people living with HIV/AIDS. Jonathan serves as the second vice chair for the Ryan White Planning Council in Boston and was appointed as a national ambassador for National Youth HIV/AIDS Awareness Day. He focuses many of his outreach efforts on de-stigmatizing PrEP, eradicating HIV stigma and advocating for LGBT youth in religious settings. Jonathan also helped design and develop the Fenway Youth Community Advisory Board. 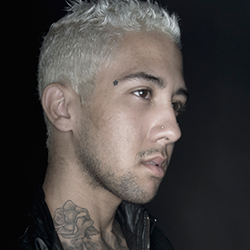 Greg’ry Revenj
Austin, TX  |  25
HIV Positive
The fashion world has often rallied to raise funds and awareness for HIV/AIDS, but until recent years, designers have seldom been open about their own status. A notable exception is Greg’ry Revenj. The outspoken designer grew up in Seattle, where he attended—and dropped out of—the Academy of Design before launching his own clothing label, Revenj Jean Federation, which he later moved to Austin, Texas. After he tested HIV positive earlier this year he decided to go public about his status and use his position and talents to fight stigma. In January 2015, Greg’ry plans to launch his anti-stigma campaign, “Educate Yo’ self,” and next spring he will be starring in the second season of his YouTube reality show, ATX Life. 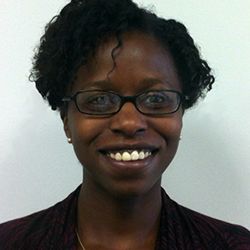 Rashida Richardson
New York, NY  |   28
HIV Negative
Rashida Richardson is a staff attorney at the Center for HIV Law and Policy, a national legal and policy resource and strategy center. She coordinates the Positive Justice Project (PJP), a national coalition that works to end HIV criminalization, which is the use of criminal law to prosecute and penalize people living with the virus for conduct that otherwise would be legal. She gathered support for the PJP Consensus Statement on the Criminalization of HIV in the United States, which has been endorsed by hundreds of organizations and individuals across the country. Rashida also helped to formulate and pass the American Medical Association’s resolution condemning HIV criminalization, and she has expanded her focus to the collateral consequences of HIV criminalization. 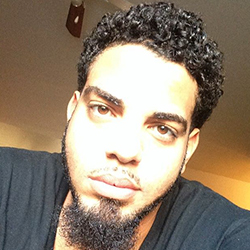 Kenneth Rios-Soler
New York, NY  |  26
HIV Positive
As a community health educator at New York City’s Grand Street Settlement, Kenneth Rios-Soler works directly with urban youth to help reduce new HIV infections and raise awareness about the virus. He works in the city’s Lower East Side and in Brooklyn’s Williamsburg and Bushwick neighborhoods, helping with harm-reduction initiatives and organizing safer-sex programs in schools and other community-based organizations. He has also worked as a sexual health educator for LGBTQ youth and their families. In addition to his prevention work, Kenneth uses his own HIV story to raise awareness among young HIV-positive black and Latino youth about getting connected to treatment and support. This year he will be hosting his seventh annual World AIDS Day awareness and celebration ball. 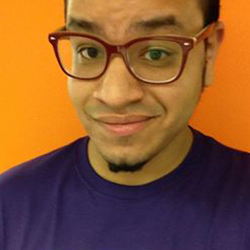 Mathew Rodriguez
New York, NY  |   25
HIV Negative
As the community editor at TheBody.com, an online HIV/AIDS resource, Mathew Rodriguez bridges education, activism and journalism. As a member of ACT UP New York, he co-crafted the Atlanta Principles, a document that provides a series of proposed actions the Centers for Disease Control and Prevention can take now to significantly improve HIV prevention in the United States. Mathew also has been a strong advocate for PrEP and against HIV criminalization. When he was 22, his father died of an AIDS-related illness. To honor his memory, Mathew joined The Recollectors, an online community dedicated to sharing stories about parents lost to HIV/AIDS. 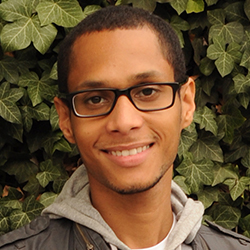 Carlos Rosario
Bronx, NY  |  27
HIV Negative
In his role as the coordinator of the Bronx Health Advocacy Network for Boom!Health, Carlos Rosario mobilizes more than 50 Bronx-based community organizations on LGBT, HIV/AIDS and health disparity issues. Through grassroots organizing and civic engagement, he has been face-to-face with policy makers whose decisions affect him and the marginalized communities he represents. He has helped rally thousands of individuals to critical advocacy events at the local, state and federal level. Carlos is the Bronx community chair for the New York City Hepatitis C Task Force and is the vice chair of the Harlem Bronx LGBT Task Force. He works to educate youth and engages them in activism through various mentorship programs. He was named “Leader of Tomorrow” by Latinos/as Unidos de New York and was chosen as a 2014 We Are The Bronx fellow. Carlos is completing his associate degree and plans to pursue a master’s degree in public health and a career in New York City politics. We’d vote for him. 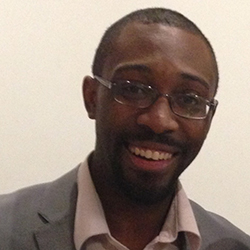 Matthew Rose
Washington, DC   |  28
HIV Negative
Matthew Rose is policy committee chair of the Young Black Gay Men’s Leadership Initiative (YBGLI), which addresses issues disproportionately affecting their peers with a focus on HIV/AIDS. YBGLI is an initiative of the National Black Gay Men’s Advocacy Coalition, which is committed to improving their health. Matthew is a member of AVAC’s PxROAR program. Matthew is also a member of the Vaccine Research Center and is on HIV clinical trial community advisory boards at George Washington University, and he serves as the membership coordinator for the Association of LGBT Journalists. Previously, he oversaw HIV/AIDS policy work at the National Coalition for LGBT Health. 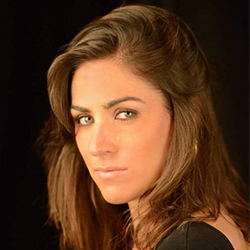 Lindsay Roth
Philadelphia, PA  |  29
HIV Negative
This community advocate and educator has worked around the issues of reproductive justice, human rights and access to affordable health care for several years. Lindsay Roth is the executive director of Project SAFE, a program that provides direct services to women working on the streets of Philadelphia. Her work and volunteerism focus on how the criminalization of drugs and sex work can negatively affect public health initiatives, especially when it comes to prevention and treatment of HIV as well as hepatitis C and other sexually transmitted infections. Lindsay also helped found the Philadelphia chapter of the Sex Workers Outreach Project, a national collective of sex workers and their allies that aims to end the stigma and violence against individuals in the sex trade. She is pursuing her master’s in social work at Columbia University.