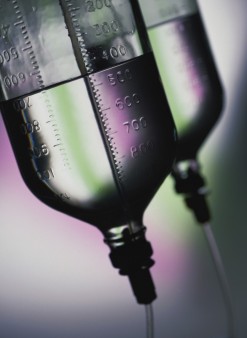 A future form of pre-exposure prophylaxis (PrEP) may be an antibody infusion given every other month. Investigators have launched a pair of Phase III, double-blind, placebo-controlled trials examining whether an intravenous infusion of a broadly neutralizing antibody called VRC01 given every eight weeks is safe, tolerable and effective at preventing HIV. Research has shown that VRC01 blocks up to 90 percent of the world’s HIV strains. The studies may also provide information about the level of broadly neutralizing antibodies a vaccine or other long-acting HIV prevention method would need to protect against HIV over the long term. One study is operating out of 24 sites in Brazil, Peru and the United States and plans to enroll 2,700 transgender individuals and men who have sex with men. The other study aims to enroll 1,500 sexually active women at 15 sites in sub-Saharan Africa. Results of the trials aren’t expected until 2022.