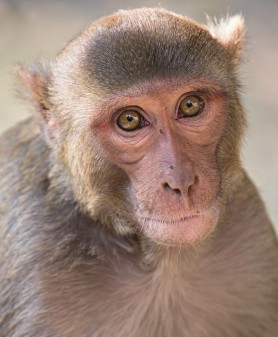 Merck’s investigational antiretroviral could one day be dosed only weekly among HIV-negative humans.

An extraordinarily low weekly dose of Merck’s investigational antiretroviral MK-8591 protected rhesus macaque monkeys against rectal infection with a simian form of HIV known as SHIV. Eight initially SHIV-negative male rhesus macaques were treated with MK-8591 and exposed to SHIV rectally in three phases—in each phase the animals received a smaller dose of the drug than the last. The study authors concluded that MK-8591 completely protects against SHIV infection when dosed weekly at both 1.3 and 0.43 milligrams per kilograms of body weight and is partially protective when dosed at 0.1 mg/kg weekly. This finding indicates that the drug could one day be dosed at just 0.25 mg weekly among HIV-negative humans. By comparison, daily Truvada (tenofovir disoproxil fumarate/emtricitabine) as pre-exposure prophylaxis (PrEP) contains a respective 200 mg and 300 mg of the two ARVs contained in the combination tablet.