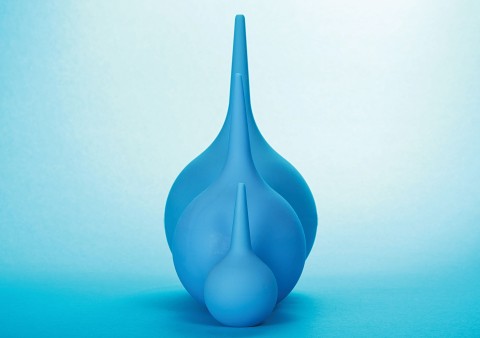 Researchers have made progress in developing a microbicide enema that protects against contracting HIV through anal sex. Using monkeys as test subjects, they gave a single rectal dose of one of four formulations of anti-HIV enemas. The enemas had one of two doses of the antiretroviral Viread (tenofovir disoproxil fumarate, or TDF) and contained either a lower or equivalent balance of salts as that found in primate cells. The scientists biopsied cells from the monkeys’ rectums an hour after the microbicide dose and found that those that received the enema with the higher Viread dose and lower salt concentration were completely protected against exposure to two types of SIV, HIV’s simian cousin. As for cells biopsied 24 hours after this particular enema, two out of six monkeys’ cells were infected after being exposed to SIV compared with all the cell samples from monkeys that received the other forms of the microbicide.