A new HIV vaccine regimen was well tolerated and elicited a good immune response among participants of an early-stage study who did not have the virus.

The APPROACH study recruited nearly 400 HIV-negative individuals in the United States, Rwanda, Uganda, South Africa and Thailand who were randomized to receive one of seven experimental vaccine regimens or a placebo.

The participants received four vaccinations over a 48-week period. They were given two doses of a prime vaccine followed by two shots of various kinds of booster vaccines. After the third vaccination, most participants had developed immune responses to HIV that were based in both immune cells and antibodies. The second booster (the fourth vaccination) increased such virus-fighting responses. The vaccinations proved well tolerated.

A vaccine need not be even close to perfect to have a major global health impact. Anthony S. Fauci, MD, director of the National Institute of Allergy and Infectious Diseases (NIAID), recently told POZ that if an HIV vaccine lowered the risk of contracting the virus by just 50 to 60 percent, he would consider it ready for a mass roll-out.

The one vaccine that ever showed any efficacy in human trials, the RV144 vaccine in Thailand, lowered risk by 31 percent over a 3.5-year period.

Researchers recently began a major trial of a retooled version of RV144 among men and women in southern Africa.

The APPROACH researchers are hoping to launch a trial in late 2017 or early 2018 of the most promising version of the study’s vaccine, pending the results of another early trial called TRAVERSE. That trial would also take place in southern Africa, with a projected enrollment of 2,600 women. 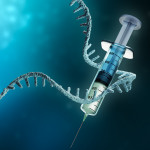