The number of days to an undetectable viral load dropped by nearly two weeks, but there’s more work to do.

When you’re a teenager, two weeks seems like forever. So imagine getting back nearly two weeks of health, in the form of an undetectable viral load.

That’s what happened when teens at St. Jude Children’s Research Hospital in Memphis were offered a prescription for antiretroviral therapy at their first HIV appointment, according to data published in The Pediatric Infectious Disease Journal.

The report followed 124 young people who started HIV care between 2016 and 2020. Of this group, 54 began before the clinic switched to same-day antiretroviral prescribing in April 2018 and 70 did so afterward. Most of the teens were young Black men with a median age of 19.

The researchers found that the teens had a similar high rate of continued engagement in care at six and 12 months, whether they started treatment at their first appointment or later. And nearly the same number of young people in both groups still had an undetectable viral load at one year. 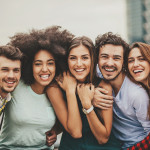 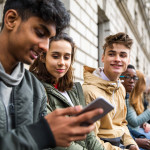