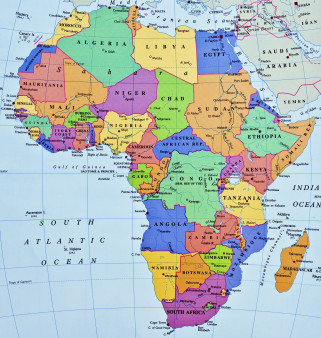 Public Health Leader Will Be First African to Helm PEPFAR

John Nkengasong, MD, brings years of experience with U.S. and African policy to the role.

For the first time in its 18-year history, the President’s Emergency Plan For AIDS Relief (PEPFAR) will be headed by an African public health leader, according to a report in The New York Times. President Joe Biden plans to appoint John Nkengasong, MD, as head of the federal agency that serves people living with HIV worldwide.

“I can assure you that the recipients took note that American HIV global health leadership never looked like them,” said Robinson, cochair of the Federal AIDS Policy Partnership. “I am glad to see the Biden state department focusing more on equity than the status quo in these vital spaces and conversations.”

Nkengasong is a native of Cameroon who spent years in the United States working for the Centers for Disease Control and Prevention (CDC) to help establish laboratory infrastructure in Africa and around the world in support of PEPFAR HIV programs. Then, in 2016, Nkengasong became the inaugural head of the Africa CDC, coordinating with and managing policy and politics with Africa’s biggest world leaders. In the last 18 months, he took on another role, that of a World Health Organization special envoy for Africa, to deal with the COVID-19 pandemic.

The choice has been hailed by HIV public health experts like Robinson and Mitchell Warren, executive director of the HIV prevention group AVAC.

“If Dr. Nkengasong were just known for his experience as an African scientist but based at the [U.S.] CDC, working with PEPFAR, setting up all those labs, that in itself would certainly give him credibility in the HIV world,” Warren said. “But people would say, ‘Well, he’s really there representing the U.S. government.’ What makes this appointment so exciting is what he’s done in the last four years at the Africa CDC, and particularly the last 18 months.”

Indeed, Warren cited Nkengasong as one of three worldwide public health leaders who have steered the world through the COVID-19 pandemic. The other two are Anthony Fauci, MD, head of the National Institute of Allergy and Infectious Diseases, and World Health Organization director General Tedros Adhanom Ghebreyesus, PhD.

“These are three global leaders, not just of the COVID-19 response, but in looking at health security and health equity and pandemics—and earning the trust and respect and confidence of ministers of health and ministers of finance,” said Warren.